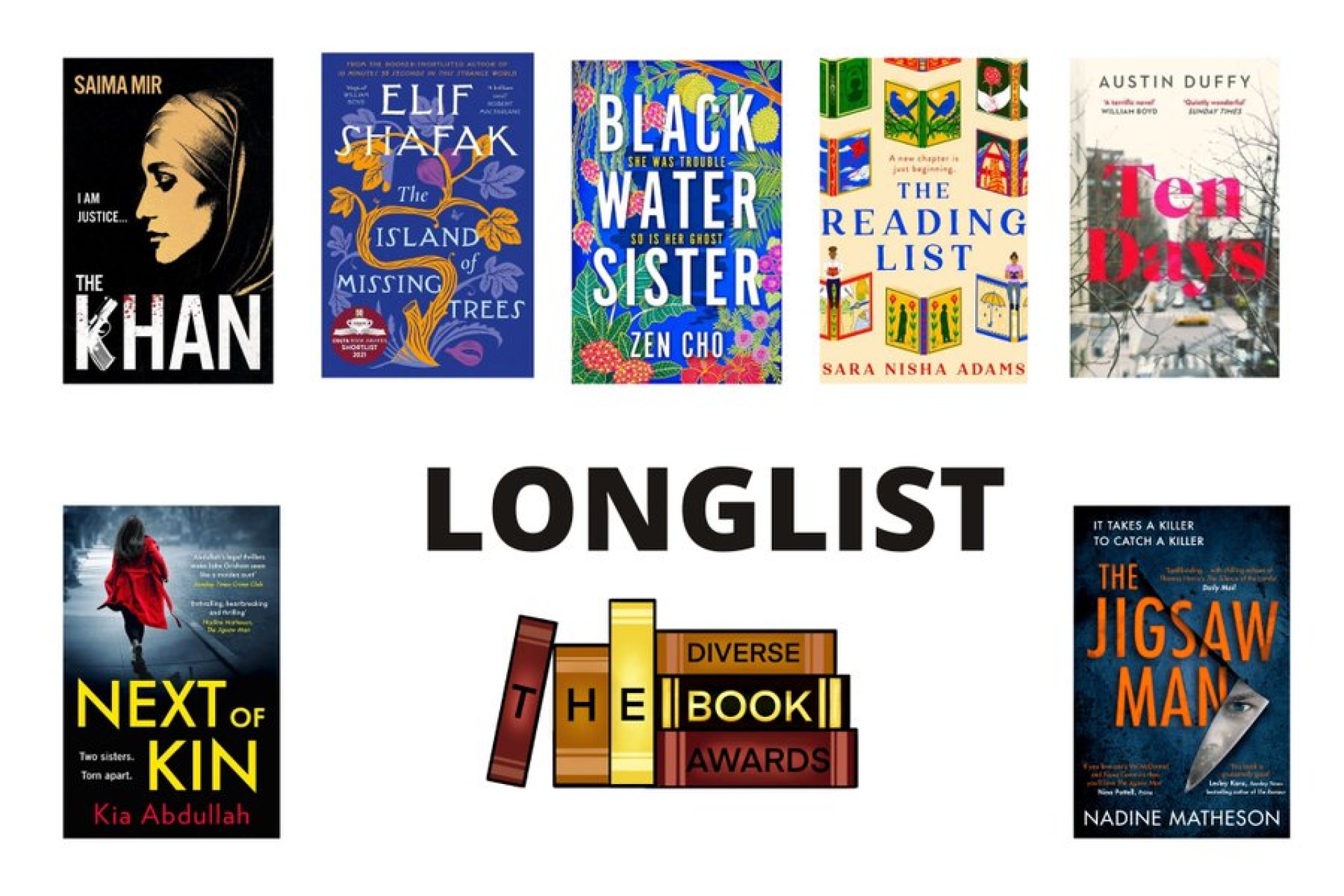 The longlists for the Diverse Book Awards, whittled down from 110 submissions across three categories, have been revealed.

Created by author Abiola Bello and publicist Helen Lewis, the annual prize recognises diverse and inclusive books by authors based in the UK and Ireland across children’s, YA and adult books.

The shortlists will be revealed on 20th September and the winners in each category announced on 20th October.

Bello said: "I was overwhelmed by the entries for this year’s awards. We had entries from the Big Five, indies and self-published authors and the standard was so high. I love learning about new books from authors I haven’t heard about but I also like seeing the new books from authors who have been listed before because it shows that these authors are continuously bringing the diverse content that I crave. The Diverse Book Awards continues to bring to light the best diverse books. I know the judges had a very hard time judging and I am very proud of the longlist. I hope everyone champions these amazing authors."

The winner from each category will receive a bundle of prizes including a glass trophy, VIP admission to 12 months of author marketing and branding online workshops hosted by Literally PR, editorial content in Pen&Inc and the opportunity to be part of the winners panel hosted by the Author School. That Playlist Book Box will also create a limited-edition winners’ book box.

Lewis said there had been a 40% increase in the number of books submitted this year. “This is wonderful news, not just for the prize itself, as it is gaining further recognition and acceptance within the publishing industry, but it also demonstrates that more and more books are being released by publishers. The Diverse Book Awards was one of the first prizes to be open to self-published as well as traditionally published authors. For readers, it is about the story itself, not the route to publication, that matters.”

The longlists in full:

His Only Wife by Peace Adzo Medie

Next of Kin by Kia Abdullah

The Bread The Devil Knead by Lisa Allen-Agostini

The Day I Fell Off My Island by Yvonne Bailey-Smith

The Island of Missing Trees by Elif Shafak

The Jigsaw Man by Nadine Matheson

The Khan by Saima Mir

This One Sky Day by Leone Ross

Ace of Spades by Faridah Àbíké-Íyímídé

Being Amani by Annabelle Steele

Hani and Ishu’s Guide to Fake Dating by Adiba Jaigirdar

I am Winter by Denise Brown

Skin of The Sea by Natasha Bowen

Splinters of Sunshine by Patrice Lawrence

Stay Another Day by Juno Dawson

The Crossing by Manjeet Mann

The Henna Wars by Adiba Jaigirdar

This Is My Truth by Yasmin Rahman

What We’re Scared Of by Keren David

You’re The One That I Want by Simon James Green

Danny Chung Does Not Do Maths, by Maisie Chan, illustrated by Anh Cao

How I Saved the World In A Week by Polly Ho-Yen, illustrated by George Ermos

Me, My Dad and the End of the Rainbow by Benjamin Dean, illustrated by Sandhya Prabhat

The Best Diwali Ever by Sonali Shah, illustrator Chaaya Prabhat

The Lightning Catcher by Claire Weze

The Rapping Princess by Hannah Lee, illustrated by Allen Fatimaharan

The Shark Caller by Zillah Bethell