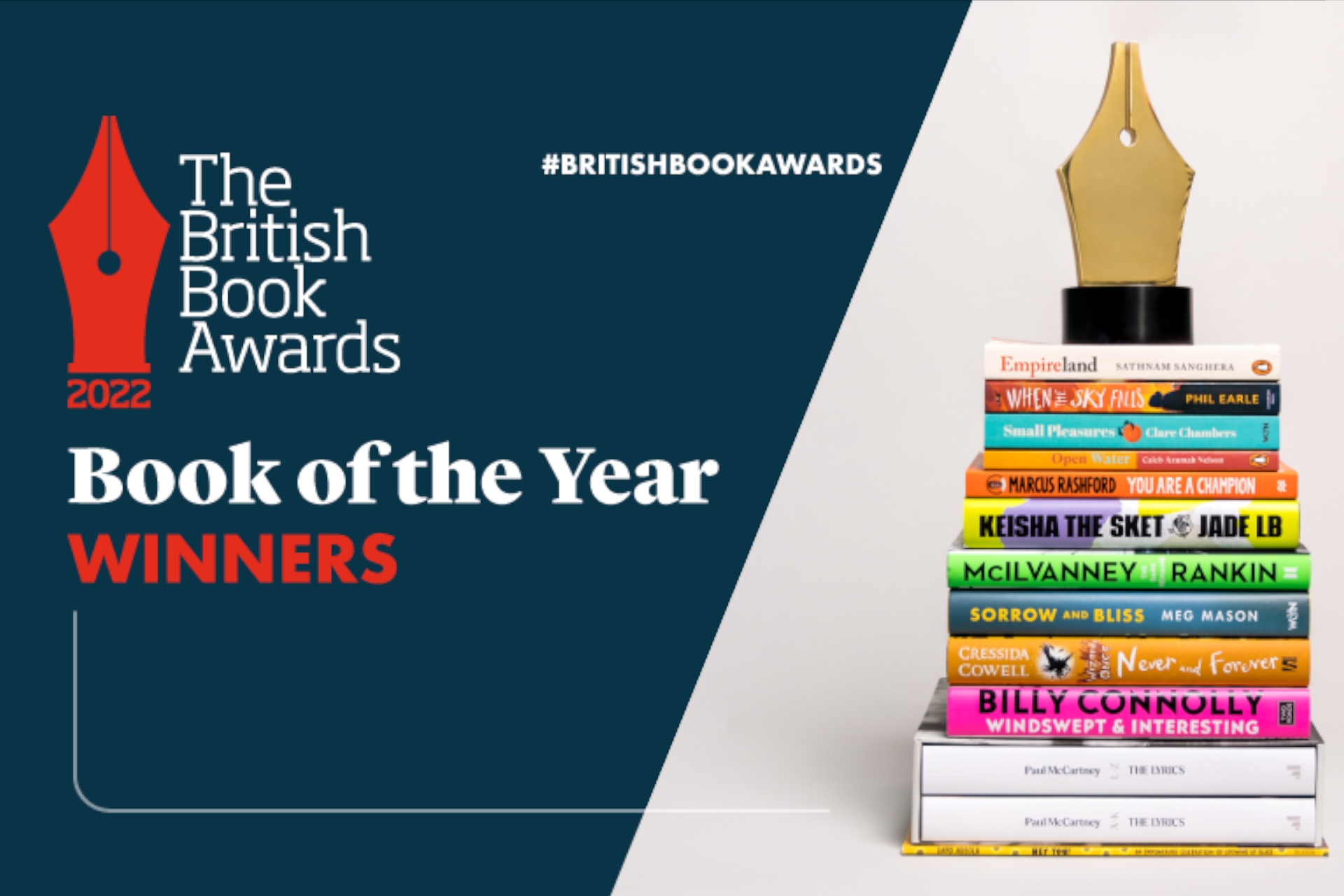 The empowering non-fiction debut from footballer and child poverty campaigner Marcus Rashford and sports journalist Carl Anka, You Are a Champion, has been awarded Children's Non-Fiction Book of the Year and overall Book of the Year 2022 at this year’s British Book Awards, selected from a strong shortlist that included musician Sir Paul McCartney and bestselling author Meg Mason. Rashford was named the winner on Monday 23rd May at Grosvenor House London in the first in-person British Book Awards ceremony since 2019, and the biggest yet.

Winning the overall Book of the Year continues Rashford’s legacy as an influential and integral figure in children’s publishing, following the launch of the Marcus Rashford Book Club in 2021 with Macmillan Children’s Books which has extended its partnership with the National Literacy Trust and KPMG for 2022. Beginning with the publication of You Are a Champion, Rashford and Macmillan have worked to donate books to children who otherwise would not get access, with partners including Magic Breakfast, the National Literacy Trust, BT and W H Smith.

Book of the Year judge, broadcaster and presenter Gabby Logan said: “Marcus Rashford wanted a book to inspire a generation of kids who are often hard to reach and for whom books might not have been a big part of their childhood. He and his publisher have succeeded spectacularly. The campaign to get his book into the right young hands was focused and brilliant, and sales of over 200,000 copies are testament to this. The messaging of You Are A Champion is wholesome and positive and another brilliant example of the legacy that Marcus is sure to leave behind when his playing days are long gone.”

The British Book Awards affirm, connect and energise all who have a hand in creating books and all who read them, by showcasing the authors and illustrators who who have stirred our hearts and imaginations, and the industry behind the scenes who have brought them to readers. A Post-Awards Highlights Show is available to watch for free on Fane TV on Sunday 29th May. 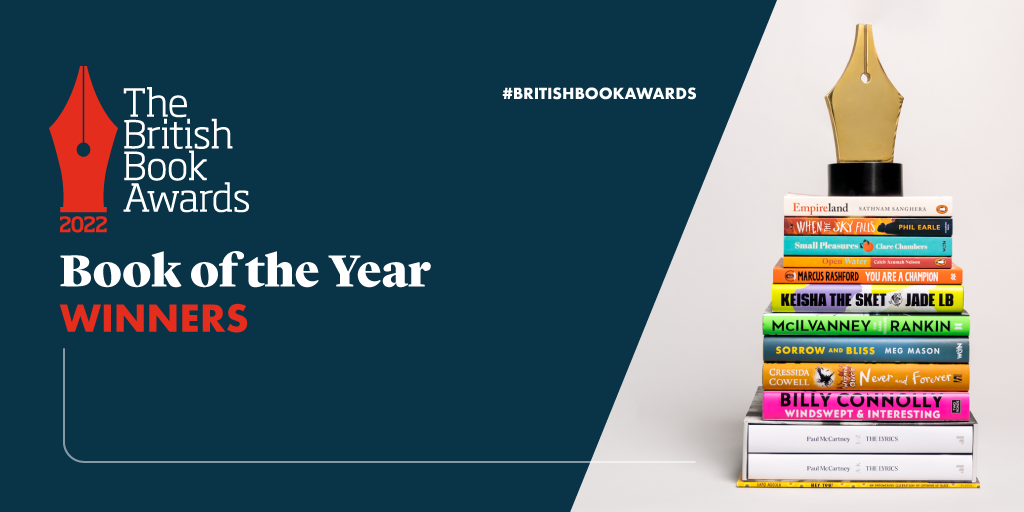 Chair of the British Book Awards judges and The Bookseller’s editor Philip Jones said: “From the advocacy of Marcus Rashford and Dapo Adeolo, to the artistry of Caleb Azumah Nelson, Jade LB and Meg Mason, to the storytelling of Billy Connolly, Marian Keyes, Ian Rankin, and Cressida Cowell, to the history as told by Paul McCartney, Clare Chambers, Phil Earle, and Sathnam Sanghera, this year’s British Book Awards winners show the remarkable breadth and power of publishing today at a moment when the book—and those who make them— delivered.”

Meg Mason with Sorrow and Bliss

Book of the Year - Fiction: Debut supported by Stylist

Book of the Year - Non-Fiction Lifestyle

Paul McCartney with The Lyrics: 1956 to the Present

Book of the Year - Non-Fiction Narrative

Phil Earle with When The Sky Falls

Marcus Rashford with Carl Anka with You are a Champion

Book of the Year - Children’s Illustrated supported by LoveReading4Kids

Book of the Year - Discover supported by Bad Form Review

Jade LB with Keisha the Sket

William McIlvanney and Ian Rankin with The Dark Remains

Book of the Year - Pageturner supported by Mirror Book Club

Audiobook of the Year: Fiction supported by Audiobookish

Cressida Cowell and Narrator: David Tennant with The Wizards of Once: Never and Forever

Billy Connolly with Windswept and Interesting

the book trade since 1990. The awards affirm, connect and energise all who have a hand in creating books and all who read them, by showcasing the

authors and illustrators who have stirred our hearts and imaginations, and

the industry behind the scenes who have brought them to readers. Judged by leading industry experts, authors, journalists and celebrities it is regarded as ‘the BAFTAs of the book trade’.