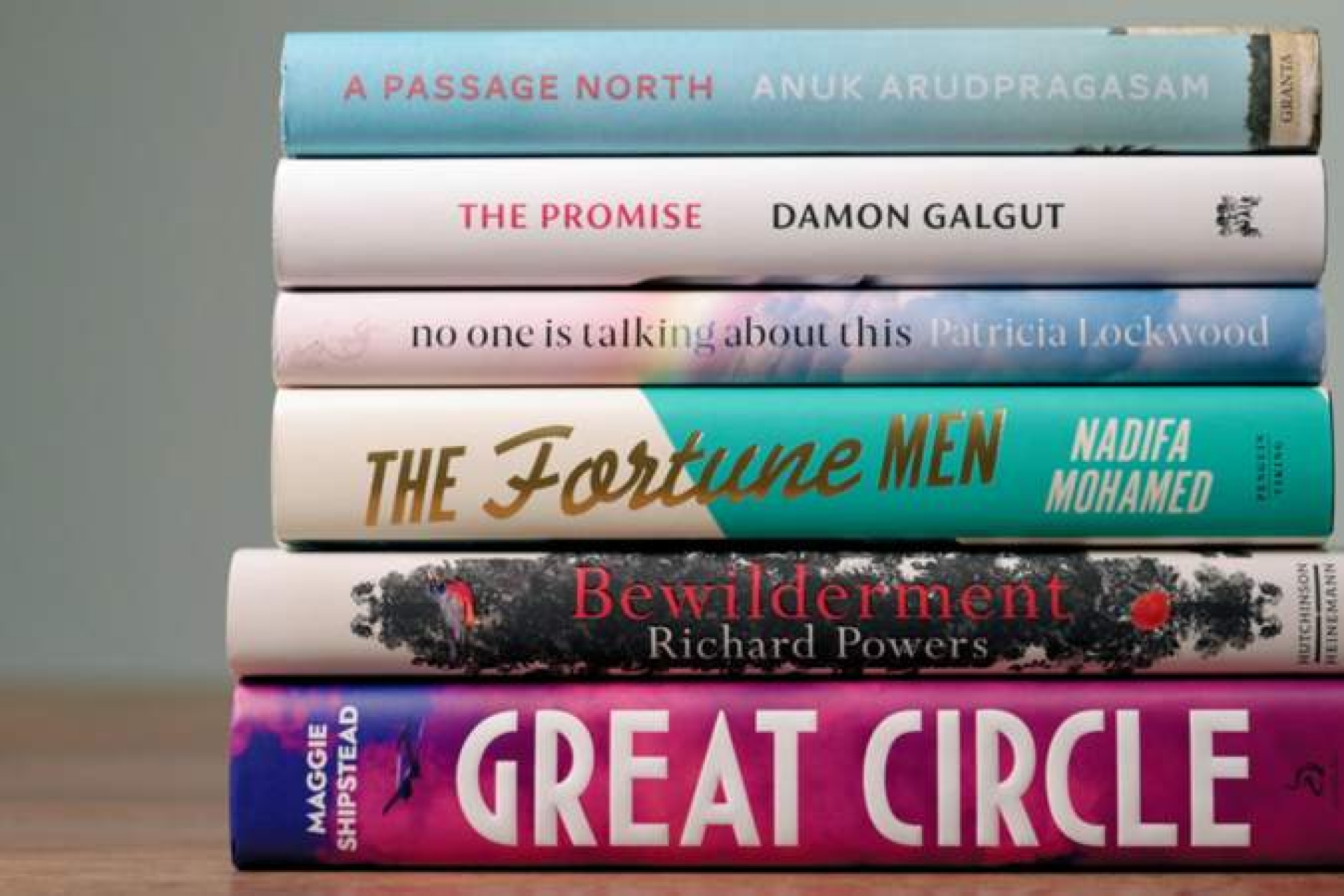 Today The Booker Prize has unveiled the programme for its 2021 winners' ceremony. The event will be broadcast from the BBC’s Radio Theatre on Wednesday 3 November from 7.15-8pm GMT. In addition, it will be a world-class audio experience on BBC Radio 4’s Front Row and a unique visual experience on BBC iPlayer, the BBC News Channel and BBC World News, with a combined audience of millions worldwide.

All six shortlisted authors will join the ceremony in person, and as part of a series of pre-recorded filmed interviews.

Anuk Arudpragasam with A Passage North

Damon Galgut with The Promise

Patricia Lockwood with No One is Talking About This

Nadifa Mohamed with The Fortune Men

This year’s chair of judges, historian Maya Jasanoff, will be interviewed during the ceremony by the BBC’s Samira Ahmed. Jasanoff will then announce the winner of the £50,000 Booker Prize, who will accept their trophy before delivering an acceptance speech and sharing their reaction with Ahmed. They will also be interviewed for the BBC News at Ten by arts correspondent Rebecca Jones.

The ceremony will also include a one-off recorded conversation between long-term champion of the prize, The Duchess of Cornwall, and 2020 winner Douglas Stuart about his life-changing year since winning with Shuggie Bain. Ahmed will also interview Stuart live on the night.

While the prize organisers had hoped to invite a full live audience this year, Covid protocols have so far prevented it. Instead there will be 'a small private event' in London to celebrate the shortlisted authors and the winner - an invitation-only screening and party at The Groucho. The hope is that next year 'will bring the possibility of celebrating in person with a broader group of enthusiastic readers.'

This year for the first time, the Booker Prize has partnered with the BBC to produce six short films for the shortlisted books. The films have been created by three new directors, Yero Timi-Biu, Liam Young and Christine Ubochi, graduates of New Creatives, a scheme funded by Arts Council England and BBC Arts 'to highlight the best of emerging film and TV talent.' They will premiere on BBC digital platforms and the new Booker Prizes website in the week before the ceremony, and be aired during the event itself.

Additional rolling content will be available on BBC Arts Digital which will give audiences the opportunity to join in the discussion about the shortlist during the afternoon and evening of 3 November as the anticipation builds for the winner announcement.