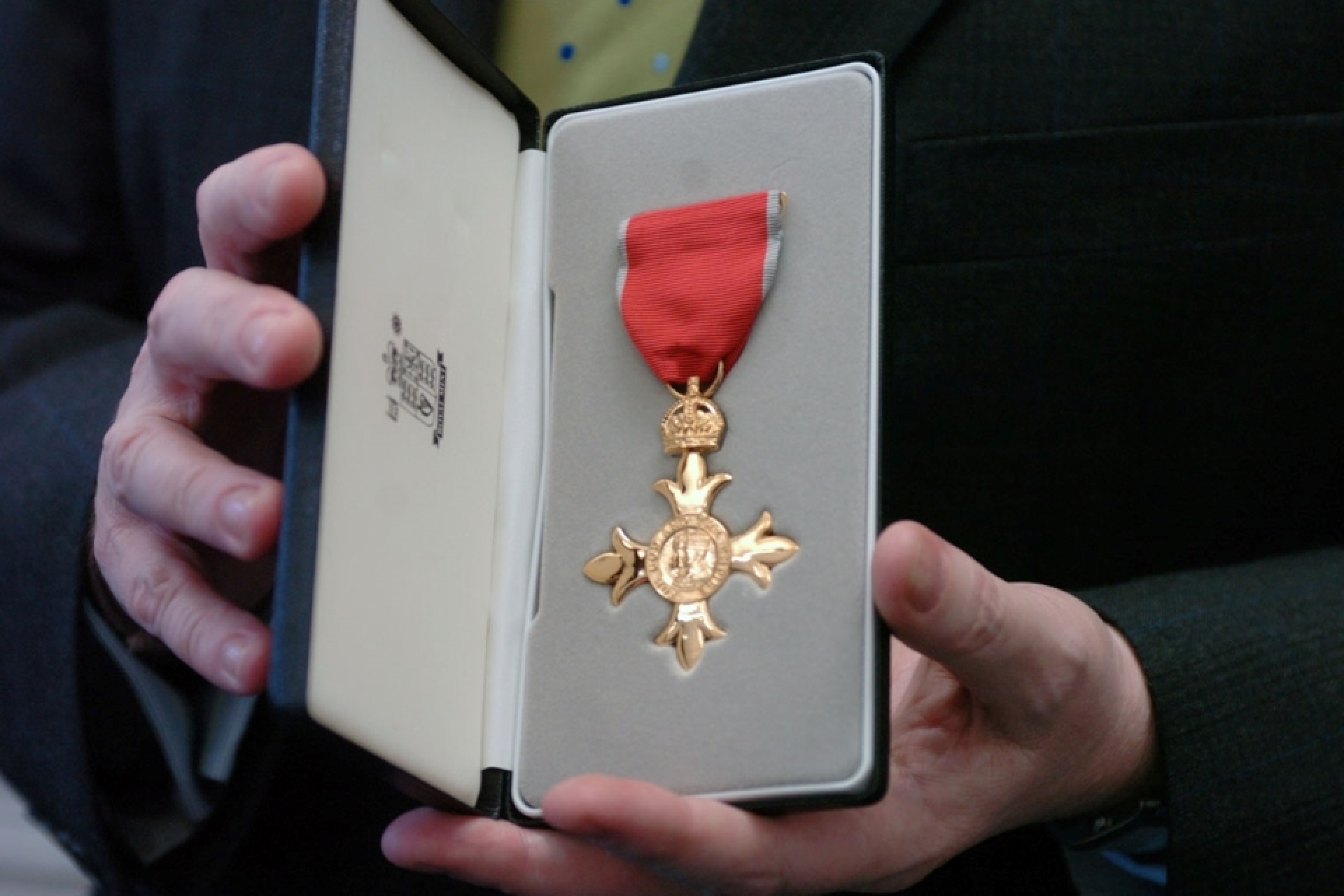 New Year's Honours 2022: who received an MBE, OBE, CBE, knighthood and damehood in the world of books

The 2022 New Year’s Honours list has been revealed, with recognition for everyone from Covid medical heroes and sports stars to James Bond. In addition, a wonderful selection of individuals from the world of literature received awards and we celebrate them here.

Anthony Horowitz, already an OBE, picks up a CBE for services to literature. He is the author of more than 40 books, including the Alex Rider teen spy series and Sherlock Holmes titles commissioned by the Arthur Conan Doyle estate. He has also penned three James Bond books with the latest, With a Mind to Kill (Cape), due out in May 2022. The author said his CBE was "a great surprise and a positive start to 2022", adding: "I’m very happy to represent books and writers at a time when they’ve really mattered."

Other people from the industry to receive honours this year include Peter Usborne, who founded Usborne Publishing in 1973 and is the company's MD said he was “delighted” to be awarded the CBE, which comes a decade after his MBE in 2011.

Ann Cleeves, the bestselling crime author who created detective Vera Stanhope and the Jimmy Perez novels which inspired BBC series "Shetland”, is awarded an OBE for services to reading and libraries.

Adele Parks, who signed a new three-book deal with longstanding publisher HQ in 2020, picks up an MBE for services to literature after a career that has seen her write 20 bestselling novels. She tweeted: "I could not feel more proud and happy to be included on the Queen’s Honours List. What a way to kick off 2022, being awarded an MBE for services to Literature. I am totally blown away! I’m currently the closest I’ve ever been to speechless!"

Author and illustrator Oliver Jeffers, whose picture book There's a Ghost in This House we recently adored also claims an MBE for services to the arts. Jeffers said he was "greatly honoured" by the MBE, adding: "I did not see it coming, but it invigorates me to continue doing the work I’ve been doing (quite unsure who was paying attention) in using perspective and the power of stories in trying to simplify the human message of connectedness."

Onjali Raúf, author of bestseller The Boy at the Back of the Class is also awarded an MBE for services to literature and women's rights. Alongside her writing, she is the founder of Making Herstory, a campaign to end the abuse, enslavement and trafficking of women and girls  launched following the murder of her aunt in 2011. Raúf said the honour belonged to "every survivor and supporter" of Making Herstory and her organisation O's Refugee Aid Team.

There is also a knighthood for Ian Livingstone for services to the online gaming industry. Sir Ian is the co-creator of the Fighting Fantasy series of gamebooks and the author of many titles within the series. This year marks the 40th anniversary of Fighting Fantasy, published by Scholastic UK since 2017. Sir Ian is also one of the co-founders of Games Workshop and recently founded the Livingstone Academy which aims to give students the tools needed to succeed as young creators in a digital world.

Claudia Roden is also made CBE for services to literature following a publishing career spanning seven decades which began with A Book of Middle Eastern Food in 1968, credited with revolutionising Western attitudes to the region's cuisine. Her latest, Med, was published in September 2021 and was named a Sunday Times Food Book of the Year. Roden said she was "thrilled, hugely honoured and very happy" with the honour.

Also awarded the CBE this year is Cambridge University's Professor James Diggle for services to classical scholarship. The Emeritus Professor of Greek and Latin is editor-in-chief of a new Ancient Greek dictionary for Cambridge University Press which took 20 years to put together. Diggle admitted he “wept with joy” when the mammoth project was completed earlier this year.

Syima Aslam and Irna Qureshi of the Bradford Literature Festival are named MBEs for services to literature. The pair launched their annual festival in 2014 and have seen it grow in the years since to 400 events spread across 10 days.

The Reading Agency's Karen Napier is also named an MBE for her contribution to arts, culture, reading and public libraries. Napier has led the charity since 2019 and has previously been chief executive of Wac Arts, executive director of the Swarovski Foundation, and director of development at the Southbank Centre.

Elsewhere on the list there are MBEs for Dr Robert Perks, lead curator of oral history and director of national life stories at the British Library, alongside David Smith, chair of the Community Managed Libraries Network.

Congratulations to the 13 library sector people who were awarded Honours.  It is great to see these recipients recognised for continuing to help improve and support a wide range of libraries work across England, particularly through the challenges of the COVID pandemic.  You can read more below about some of the work they have done.

Bravo to them all and thanks for all that you do.