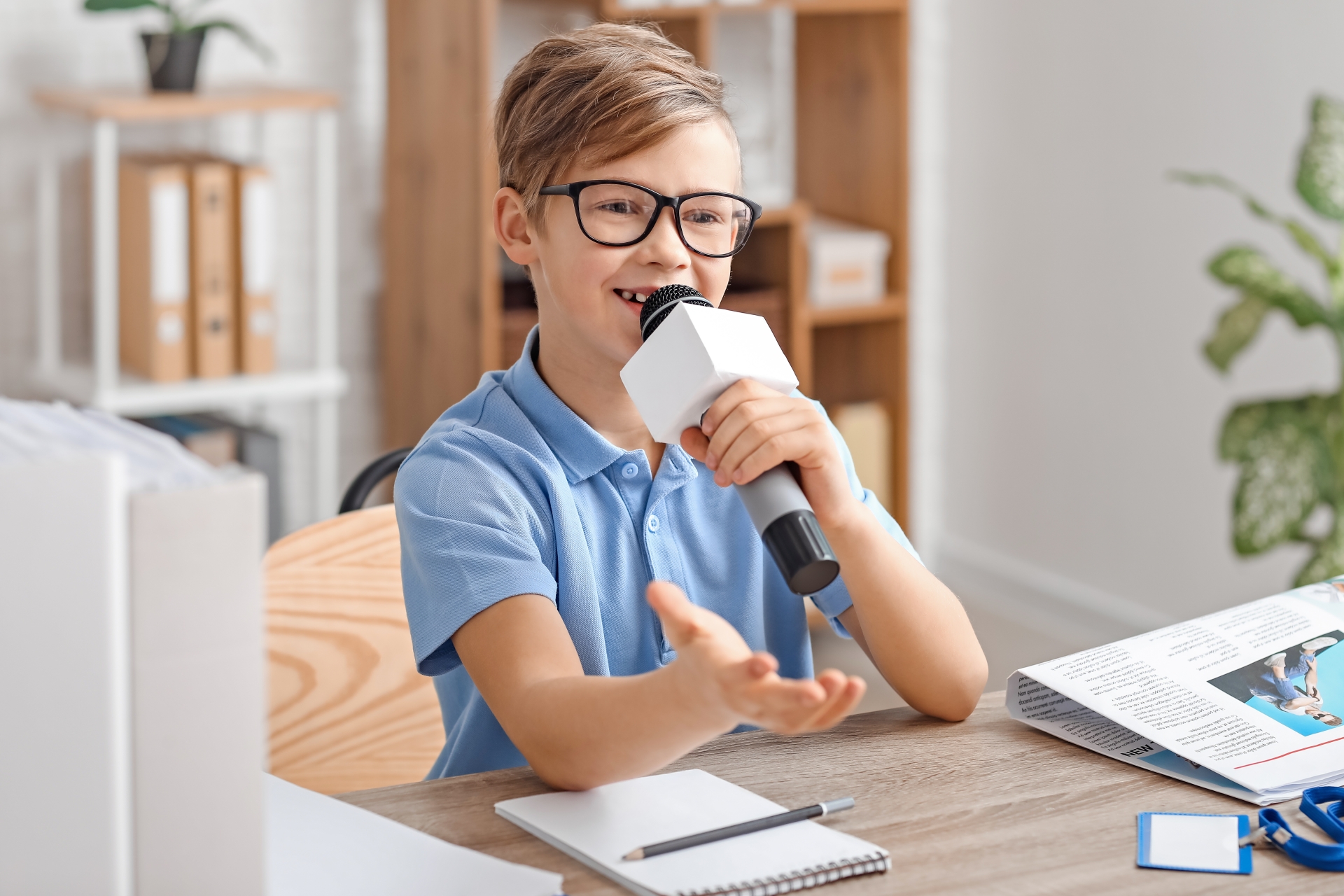 Our little sister, the LoveReading LitFest, the digitally native, all-year-round, subscription-based books and literature festival that burst onto the scene in March this year, has launched a brand new ‘Reading Ambassadors’ initiative for kids.

Every month we are inviting followers to pitch their reading stars, and one lucky child will get the opportunity to read and review a recently published book, and then speak to the author directly about it for release on the festival website.

Seven young children, aged from 7 to 13, have already had the chance to interview some of their favourite writers, posing all the tricky questions that adults wouldn’t have the nerve to ask. Each interview is approximately 20-25 minutes long and is recorded online.

Frankie Dumville, who is aged 9 and wants to be writer when she grows up, was thrilled to chat to Stephanie Burgis about her latest fantasy novel The Raven Heir, and 10-year-old sports mad Jai Borooah spoke to author and puzzle creator Alastair Chisholm about his gripping science fiction thriller Adam-2.

Charlotte Crafts (also aged 9) was the first to be appointed Reading Ambassador, starting the ball rolling with a delightful conversation with the award-winning children’s novelist Kirsty Applebaum.

Other kids who are featuring on the LoveReading LitFest include brothers Charlie and Finn Stiff (aged 9 and 7) from Liverpool who, having just interviewed Dr Nick Crumpton for an event in September, now know a lot about dinosaurs. Edie Spoja (aged 11) has gained lots of top tips from the UK’s leading dog trainer Steve Mann which she intends to try out on her French bulldog puppy Lexi.  Jack Dumville, who always has his nose stuck in a book, was excited to meet Rashmi Sirdeshpande and to talk about her latest book Good News.

Deborah Maclaren, Managing Director of LoveReading, the UK’s biggest and best-known book recommendation brand, and Director of LoveReading LitFest said: “We are so excited about this new initiative at the LoveReading LitFest. The feedback we’ve already had from the authors is incredibly positive. They all seem to just love speaking to the kids directly and hearing what they think about their books.  The ‘Reading Ambassadors’ we’ve already had on have been really engaged and I’ve been particularly impressed by how prepared they’ve been.  Lots of interesting views and in some cases coming up with questions that the writers haven’t heard before. I think we’ve already seen a number of future TV stars!”

Find out more about the current LoveReading LitFest kids ‘Reading Ambassadors’ here. For anyone who thinks they have a budding kids presenter in their midst and would like to recommend them, they can get in touch on kids@lovereading.co.uk

You can view and find out more information about the LoveReading LitFest by watching the new introductory video, and you can follow on all social media channels.

If publishers have authors they would like to see appear at LoveReading LitFest, and would like to make suggestions, they should contact the team on authors@lovereadinglitfest.com

For further information, please contact Alex Hippisley-Cox on alex@ahipcoxpr.co.uk or call her on 07921 127077.

LoveReading LitFest is a recently launched, digitally native, all-year-round subscription-based books and literature festival, which teams together the experienced professionals behind the successful Lockdown LitFest with the UK’s biggest and best-known book recommendation brand LoveReading.

The festival celebrates the very best writing, of all genres, from around the world, through fascinating interviews, debates, masterclasses and more.

You can follow LoveReading LitFest on social media at: