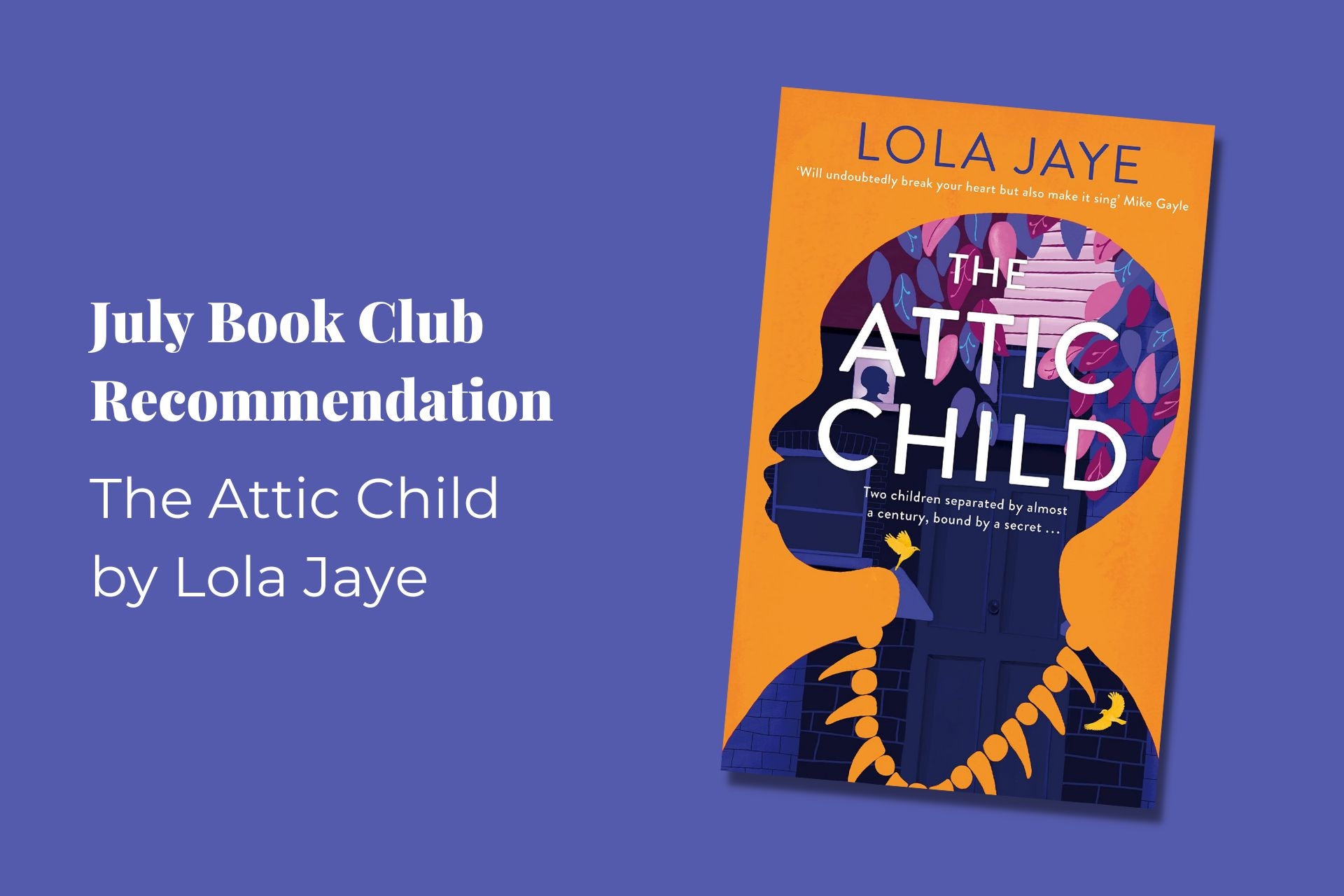 One of our Star Books, and a novel that certainly looks set to feature as a LoveReading Book of the Year, we cannot praise Lola Jaye’s The Attic Child more highly.

With two equally powerful narratives that come to interconnect - one following the illuminating, heart-breaking story of boy taken from his Congolese village in 1903, and the second set in 1993, when a 30-year-old woman inherits the house of the explorer who took the boy – it’s a beautifully-written book that explores Black British history and abuses of power with courage and superb story-telling skills. A novel that will enlighten, stir emotions, and provoke thought. As such, it makes a great choice for book club chats.

Read on for questions to get your own discussions going, and discover more reading group topics. We also reckon these books would make great choices for your book club chats.

1. “Until the lions have their own historians, the history of the hunt will always glorify the hunter”, an African proverb, quoted by Chinua Achebe in The Art of Fiction, and by the author of The Attic Child before the novel begins. Discuss this proverb, and its significance to The Attic Child.

2. As he’s sent away, Dikembe remarks that he’s been tasked with “looking after our family the way my father would have”. What does he mean by this? Why did he feel this way? Discuss in relation to what Dikembe later does with his life.

3. How did you feel when Dikembe’s mama allowed him to board the “metal beast” with Mr Richard?

4. Early on, Dikembe refers to Mr Richard as a “nice white man”. Why would Dikembe have thought this about him? Did you expect this description to be borne out? Do you think Mr Richard can be described as such to any degree?

5. “Walking into that house was the beginning of an ending that would change everything about my life forever. Starting with my name”. How did you feel when Dikembe was given a new name? What’s the significance of this renaming, both in terms of the specific name Mr Richard chose - Celestine - and in a broader sense?

6. “No one ever saw who I was or what my life had been before”. Discuss this statement in relation to the novel’s themes and the author’s intentions. Discuss in relation to the fact that Richard’s associates only pay heed to his “dubious account” of Africa rather than anything Dikembe has to say about his life.

7. “You are my prized possession from the Congo! The most valuable, and one I will make sure is looked after and taken care of to the best of my abilities”. What does this statement reveal about the attitudes of nineteenth-century explorers and philanthropists?

8. Did your feelings about Mr Richard change when it emerged that he had included Dikembe in his will?

9. How did you initially respond to Lowra? Did your views of her change as the novel progressed? How does her character change?

10. Discuss how the author interweaves and reveals parallels between Dikembe and Lowra’s experiences.

11. “Doing this type of work puts me face to face with a past that is dirty, unjust and downright despicable”. Discuss Monty’s statement in relation to contemporary Britain.

12. Early on, Mr Richard promises Dikembe a “splendid existence where all your needs will be met”. To what extent does that come to pass for him?

13. Which episodes did you find most affecting?

14. What did you think of the novel’s conclusion?  What will you take from reading The Attic Child?