Mark Sanderson knows his books. He makes me smirk and laugh (I mean properly laugh), most importantly though, he makes me stop, think and consider. His thoughtful, witty, concise, and sometimes provocative reviews of crime fiction grace The Times, and he is one of the judge’s for this year’s Crime Writers’ Association Golden Dagger. A freelance journalist for 30 years, he wrote the Literary Life column in the Sunday Telegraph for 12 years and reviewed crime fiction for the Evening Standard for 15 years. He is the author of seven books: Wrong Rooms, a memoir; Don’t Look Now (BFI Modern Classic); The Making Of Inspector Morse; and four novels, Audacious Perversion, Snow Hill, The Whispering Gallery and Robin Hood Yard.

Mark features in our Industry Insight blog this month. If you’ve not read the three books he mentions in the second question, you’ll soon be adding them to your to be read pile, what glorious first sentences. I wrinkled my nose with pleasure at his strange book habit, and admit to chortling at his fun book fact, oh to be murdered on the first page!

Mark can be found Tweeting at @MrMarkSanderso1

Tell us about your career in the book world, and how did it start?

I bought the Writers' & Artists' Yearbook in my last year at Manchester University (1985) where I was reading English Language & Literature and wrote to at least fifteen literary agencies offering them my services. This led to my becoming a slush pile reader for Richard Gollner at Radala & Associates in the Finchley Road – after graduation – and a job in the post-room at AD Peters (now Peters Fraser & Dunlop) in Buckingham Street. A few months later Caroline Dawnay, now at United Agents, recommended me to Jonathan Cape in Bedford Square. They needed a blurb writer to cover maternity leave. I was delighted to be working under the legendary Tom Maschler and Liz Calder.

When it comes to reading and reviewing, what makes your heart beat faster?

A brilliant opening. The first sentence of Earthly Powers by Anthony Burgess (1980), for example: It was the afternoon of my eighty-first birthday, and I was in bed with my catamite when Ali announced that the archbishop had come to see me. Mick Herron’s Joe Country (2019) opens: The owl flew screaming from the barn, its wingtips bright with flame. Then there’s King Solomon’s Carpet by Barbara Vine (1991): A great many things that other people did all the time she had never done. And, of course, the lip-smackingly lascivious Lolita by Vladimir Nabokov (1955): Lolita, light of my life, fire of my loins. My sin, my soul. Lo-lee-ta: the tip of the tongue taking a trip of three steps down the palate to tap, at three, on the teeth. Lo. Lee. Ta.

Since you first arrived in the industry, what is the one thing that has remained constant, and what has been the biggest change or challenge?

The constant is the ever-growing number of books published – if it was halved it would still be too many. The biggest change has been, of course, the advent of Amazon and the ever-spreading sticky spokes of the worldwide web. This is closely followed by the ever-shrinking space devoted to serious book reviewing. Most – but not all – commentary on the web is lip-farting. Not all opinions are equal. If I had heart problems I would seek the advice of a cardiac surgeon, someone who is an expert. I’ve spent my whole life reading and writing about books. I believe – perhaps foolishly – that what I have to say about a novel carries more weight than someone who has only read JK Rowling. The barbarians are not at the gate: they’re sitting at high table.

The biggest challenge is to counteract the philistine blather and, as always, resist the increasingly sophisticated blandishments of corporate publishing and their allies in the PR industry.

Is there a fictional or historical character you would be thrilled to read a book by, why is that and what type of book do you think it would be?

I have always been fascinated – OK, turned on – by Patricia Highsmith’s Tom Ripley. I’m sure his Apologia Pro Vita Sua (Defence of his own Life) would be unputdownable. Frustration is more interesting than fulfilment.

Who are your book world inspirations?

Liz Calder – for giving us Salman Rushdie, Jay McInerney, Julian Barnes, Anita Brookner and many, many more literary greats. (She was also instrumental in my gaining membership of the Groucho Club in 1987). Maria Rejt (who published my first book, The Making of Inspector Morse in 1991). Agents Pat Kavanagh, Caroline Dawnay, Patrick Janson Smith, Caroline Michel and, of course, my own representative on earth, Jonny Geller. Literary Editors Miriam Gross, Michael Prodger, David Sexton and Katie Law – without them I would have starved. 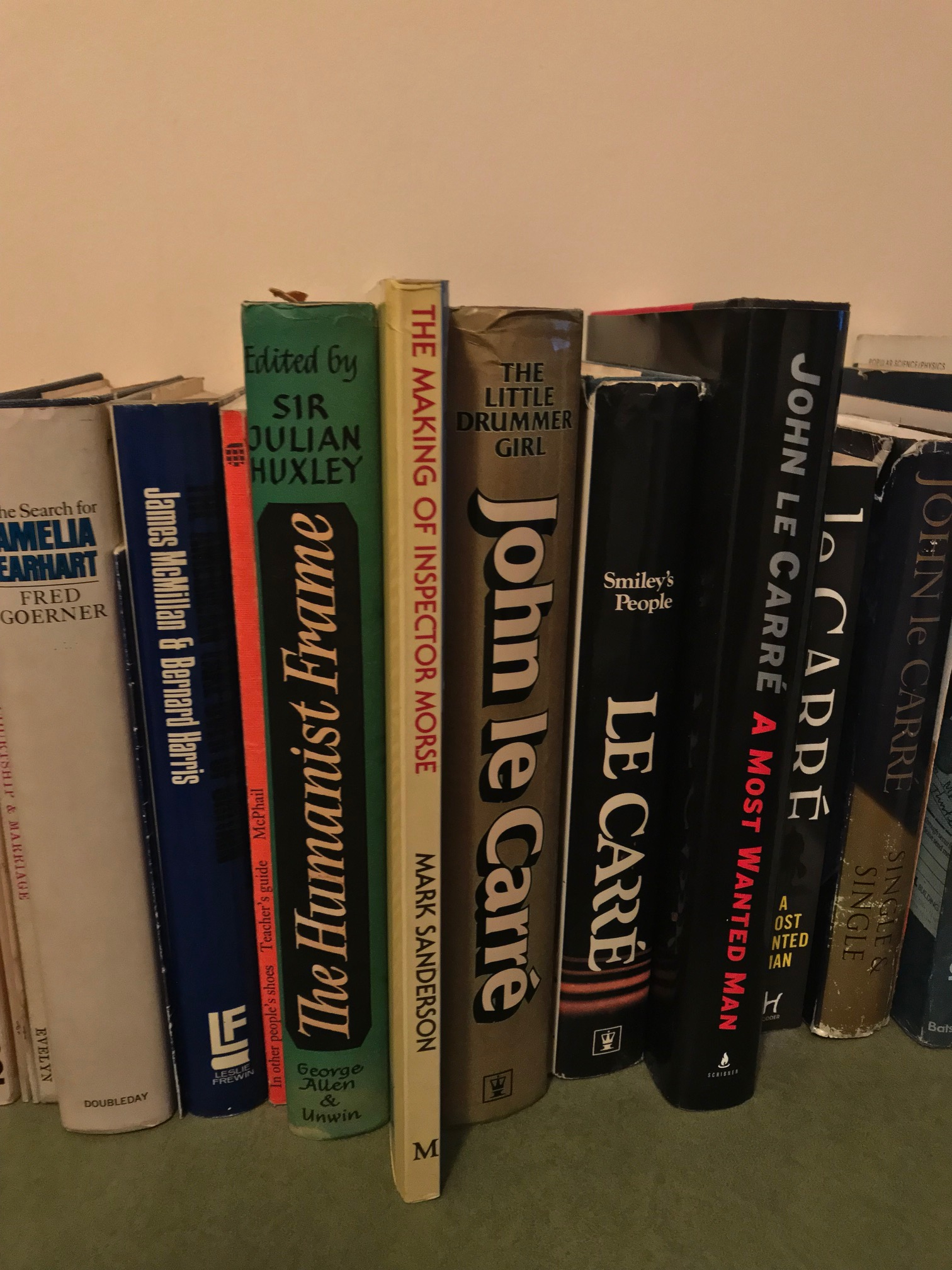 Describe your favourite place to read:

I’m currently staying with my mother so most of my books are in storage. However, I’ve managed to turn one of the bedrooms into a “book room” – “library” is too grand a word – where I’m surrounded by old favourites and the latest additions to my collection. I’m never happier than when I’m reading in the battered Swedish recliner.

What’s your favourite book from childhood, how did it make you feel?

The Magic Faraway Tree by Enid Blyton. I loved the fact there was a different land at the top of the tree every day. It filled me with wonder and, for a while, made me believe that anything was possible.

I only read – and bought – paperbacks until I turned thirty. Nowadays, I’m spoilt as I mainly read proof copies which are generally the size of hardbacks but have soft covers. I’ve gradually weeded out the paperbacks from my library and, where possible, replaced them with first editions. I still have about 100 (B format) paperbacks that I will read while travelling but, even with glasses, I find the print too small in C format books. I have no intention of ever reading an e-book. I spend too long staring at a screen as it is.

I always sniff a book first – opening it at random and sticking my nose right up against the pages to get a big whiff. If I don’t like the smell I won’t read it. It’s the same with paper quality – if a book is printed on offensively cheap paper I won’t read it. Good books should be designed to be read more than once. They travel with you through life. They have to earn their place on the shelf.

What would be your desert island book?

Gravity’s Rainbow by Thomas Pynchon. I first read it when I was eighteen and no book has even come close to having such a powerful effect on me. Ostensibly about V2 rockets dropping on London, it blew me away, demonstrated what could be achieved on the page. I still think it is the greatest novel of the twentieth century. (It’s a lot more fun than Ulysses, Pale Fire or Midnight’s Children). 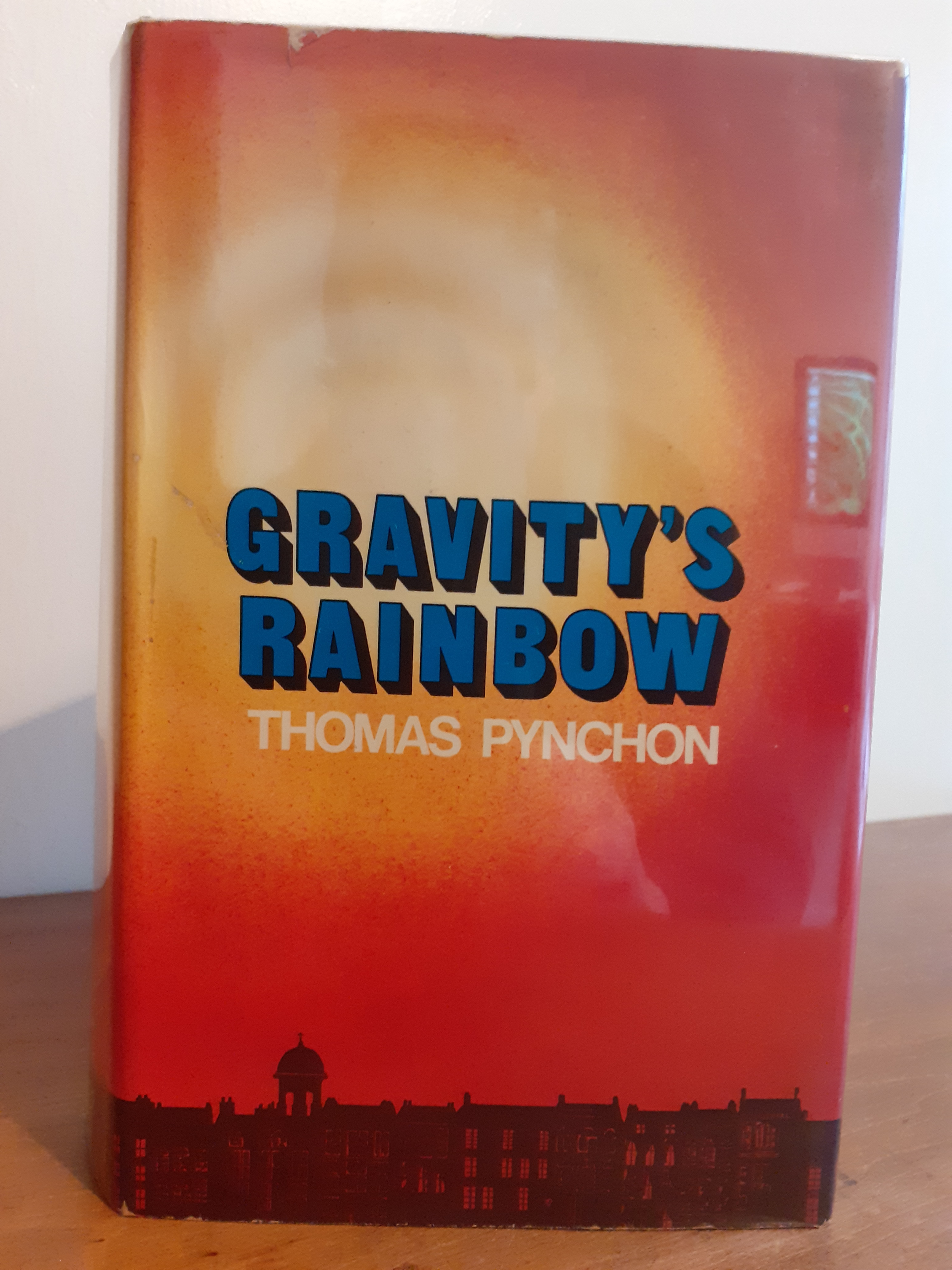 I am tickled pink that I have lent my surname to characters in novels by Jake Arnott, Lee Child, Jeffery Deaver (murdered on the first page) and Ruth Rendell (complete with poodles).

If you enjoyed this article why not check out our other Industry Insight Features?