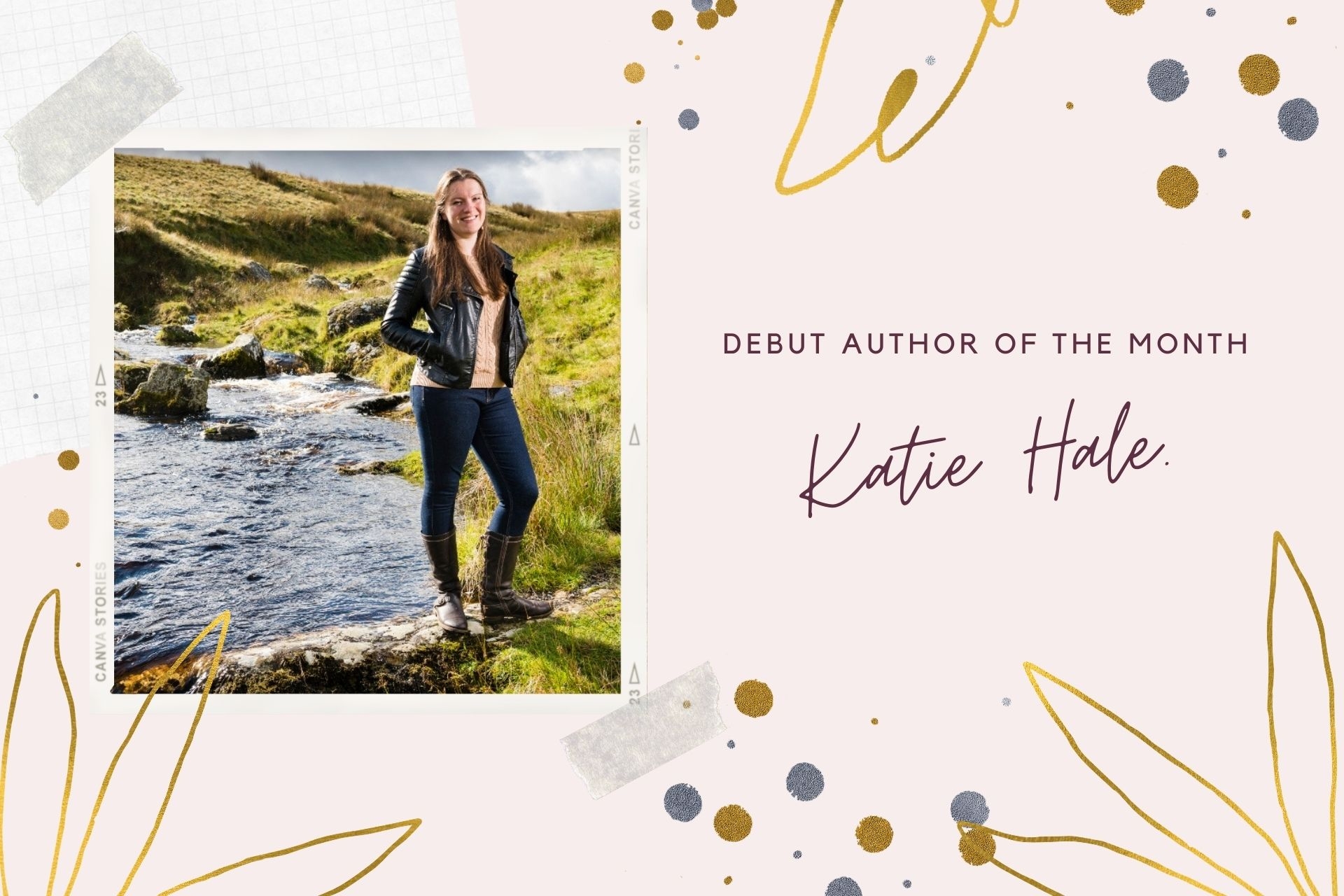 Katie Hale is a poet & novelist, based in Cumbria. Her debut novel, My Name is Monster, was shortlisted for the Kitschies Golden Tentacle Award, and has been translated into multiple languages, and she is the author of two poetry pamphlets: Breaking the Surface and Assembly Instructions, which won the Munster Chapbook Prize. She is a former MacDowell Fellow and has completed a number of international residencies. She has also featured on national television and radio, including programmes such as Radio 4’s Open Book and Front Row, and has created commissioned work for the National Trust, the Barbican Centre, and the BBC Contains Strong Language poetry festival.

My Name is Monster has now been published in paperback (7th January), do take a look at the book page as this really is a special novel. I fell in love with Monster back in 2019 when the hardback hit the shelves. Monster is so unique, yet at the same time she is relatable and entirely believable, set in a dystopian world this is an intimate read, moving and poignant, and quite quite beautiful. So, I was thrilled when Katie agreed to answer some questions, and intrigued to hear about her author journey. Monster is such a wonderfully rounded character that it made complete sense to learn that she had been with Katie for years before actually she decided to write her story. Oh, and that pinch yourself moment must have been surreal... I would still be pinching myself, read on to find out more! Here’s a warm welcome to Katie. 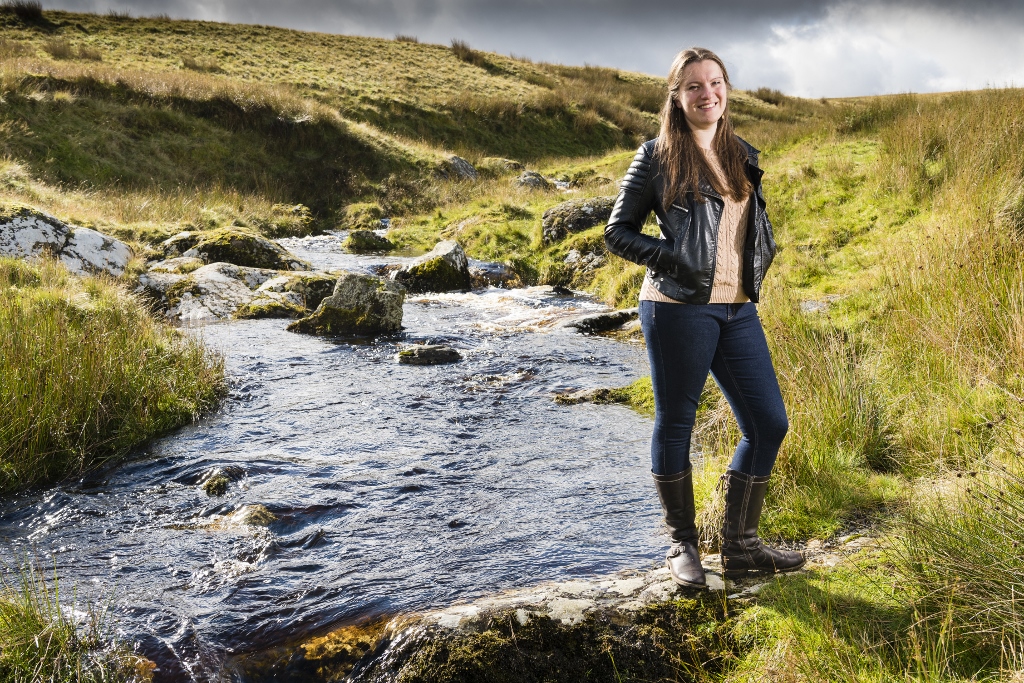 I’ve written ever since I could write. I’m an only child, so I’ve always had to have a good imagination, and in the school summer holidays, my mum used to give me projects so I wouldn’t get bored. The first ever one of these was to write and illustrate a story, which my mum scribed for me – it was called ‘It’s Not Fair’ and it was about a boy who nobody liked because he always had all the toys they wanted.

There are so many books I treasured as a child, but one that springs to mind is Janet and Allan Ahlberg’s The Jolly Postman, with its envelopes and pull-out pieces of post. I loved how each letter took you into a different set of characters, and into a different world. I still have it, and, because I was fastidious about putting all the letters back in the correct places, I still have all the bits to it, too!

I’ve wanted to write ever since I learned it was something people did for a job, but as I grew up, I became swayed by all the people who smiled a bit too indulgently, or talked about ‘proper jobs’. I still wanted to do it, but it started to feel more distant, and I looked at other careers - acting, arts administration, and even Egyptology for a little while! Then, when I was 16, we studied Carol Ann Duffy’s The World’s Wife. It was the first time I’d read a poetry collection by a living openly gay woman, where the poems didn’t all rhyme, and it completely changed my concept of what poetry could be, and of who was allowed to write it. The fiction came later. Again, I’d put myself into a little box that said ‘poet’, and while I’d been sitting on the idea for My Name is Monster for a while, I felt as though I shouldn’t write it, in case it took away from my poetry somehow. It wasn’t till Penguin Random House’s WriteNow mentoring scheme came along, and I’d got through to the final stage of mentoring, that I felt as though I had permission to write fiction as well.

For how long was Monster keeping you company before she stepped onto the page?

Years. I remember the idea coming to me when I was living in Melbourne in 2011, just a couple of weeks after seeing the National Theatre Live streaming of Frankenstein, starring Benedict Cumberbatch and Johnny Lee Miller, which had got me thinking a lot about creator and created, and how the lines between the two are rarely clear. I used to sing in the St Patrick’s Cathedral choir, and I was sitting in the choir stalls during a Sunday service, when I had the idea of a woman in a desolate landscape, desperately trying to walk home and recreating herself in the process. I’m not sure that I’m particularly religious, but I still find churches and cathedrals wonderful places for accessing whatever bit of the brain it is that feeds a writer with ideas – something about the cavernous space, the sacred hush, and the calm draw towards prayer, which is in many ways so similar to the creative process.

Not that long, considering how long I’d been thinking about Monster and her story. I started to write My Name is Monster in response to Penguin Random House’s callout for their WriteNow scheme, so I wrote the opening scenes at the end of October 2016, when the Brexit referendum and the impending US election were making the world seem a bit apocalyptic anyway. I then spent 2017 writing and rewriting the book through the mentoring scheme, and was offered publication by Canongate in summer 2018.

I wish someone had told me not to wait for permission, and just to go for it. I’ve spent so many years worrying about what I’m allowed to write, and how I’d be judged for my creativity, and whether other people will think it’s stupid. I wish someone had told me: write what you want to write – it doesn’t matter what other people think. Actually, people probably did tell me that, I just wish I’d had the courage to believe them.

What were you doing and how did you celebrate when you first heard My Name is Monster was going to be published?

I was in the car with my parents, on our way to a party for family friends’ wedding anniversary. We all sat there in silence after I finished reading the email aloud, then erupted into spontaneous cheers. Of course, I still wasn’t allowed to tell anyway, so we spent the party drinking Pimms with this secret fizzing between us.

It never ceases to amaze me how many people are involved in producing a book. As a society, we have this myth of the writer as a lonely soul, probably cooped up in a garret somewhere. And it’s true: a huge portion of the work happens inside the writer’s head, or just between the writer and the page. But after the story is on the page, it takes a whole village to make it come alive.

When did you first realise that the story was striking a chord with readers?

I’m not sure it’s something I’ve got my head around even now. For years, Monster was this intense dystopian fairy tale living nowhere but my head, so it still comes as something of a delightful surprise every time someone tweets or messages to say they enjoyed the book. Which is a good thing, I think. It means that that joy never gets old. 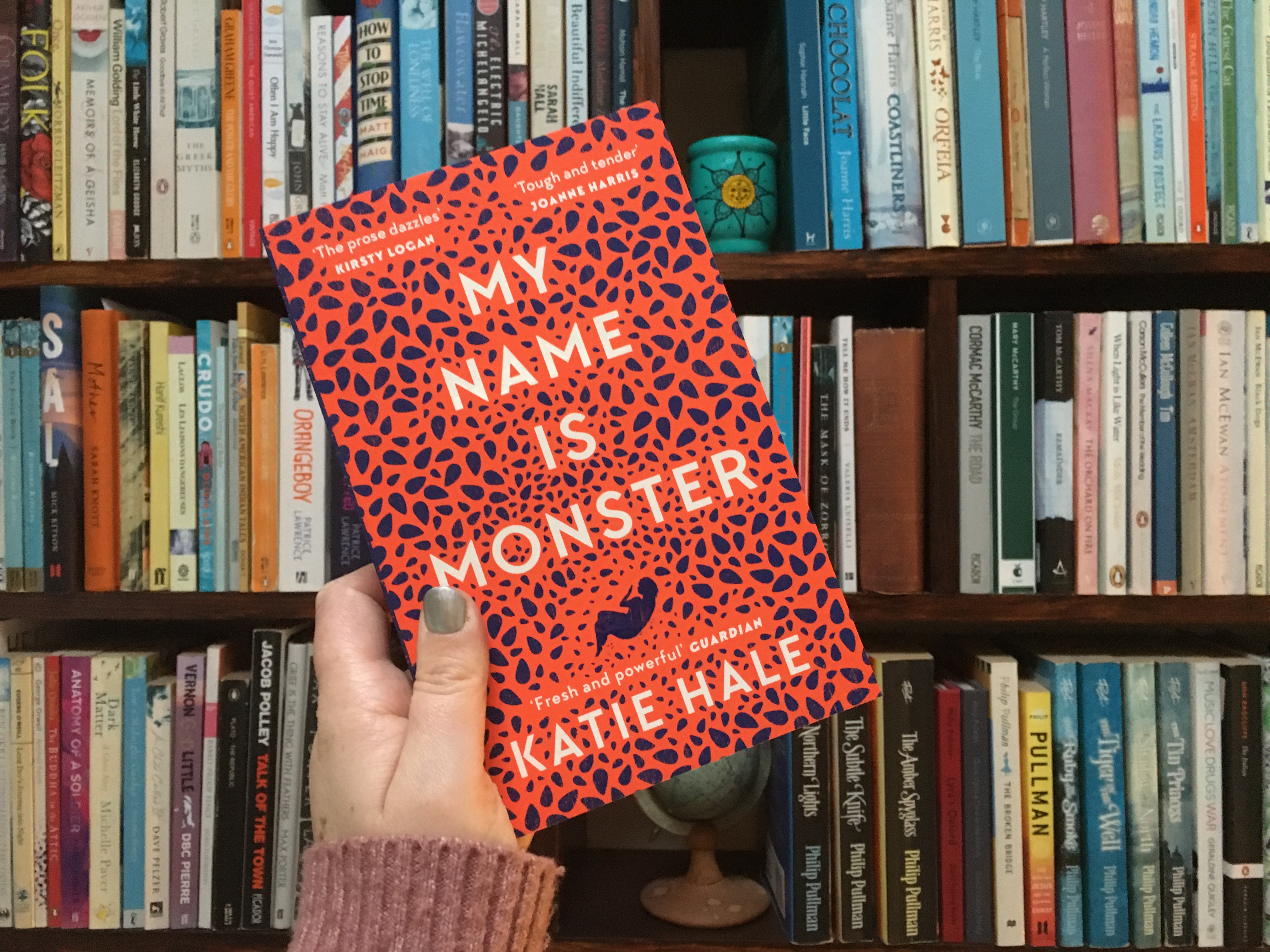 Several! The first time I saw Gill Heeley’s stunning cover design, the first time I held a copy of the book, seeing a dedicated window to it in my local bookshop. There was an amazing moment, just after the proof copies had been sent out, when I found out Joanne Harris had reviewed it on GoodReads. It was the first author commend I’d had, and for it to come from someone I’ve admired for years – both as a writer and as an advocate for good industry practice – was a phenomenal feeling. That moment, more than any other, was the moment I really felt as though I belonged.

For my book launch, I had a garden party (back in the days when we could have such things), where everybody mucked in to help make the event a success: the bunting came from a friend’s wedding, the party tent came from a summer camp I used to work on, and the food was a bring-and-share supper. I love this photo because of how packed it is. It gives you a sense of how much incredible support I’ve had for My Name is Monster, not just from my amazing agent and publisher, but from friends and family, from local bookshops and libraries, and from neighbours and former teachers. I think this photo captures at least some of that wonderful coming together.

Has your writing process changed since becoming an author, and what is next?

For a while, I became afraid to take risks. When I was writing My Name is Monster, it was my first novel, so everything was an experiment, and even the act of writing was a risk, so I ended up not worrying too much about individual risks I was taking within the book itself – at least, not till it came to the editing process. After Monster was published, I realised there was an expectation of my writing, and that was frightening. Since then, I’ve come to realise that this is quite common for authors’ second books, and that ultimately, the only way to write well is to push all those external expectations out of my mind. It helps that I found the right story – but it’s still very fresh, so that’s all I’m going to say about it for now!

Keep up to date with Katie: