Award-winning Five Leaves Bookshop in Nottingham, not only sells books, but they also hold talks, events and book launches, including their own mini-festival. Describing themselves as radical, they 'grew out of the longstanding Five Leaves Publications, which has been publishing literary, social history and political books since 1995’. Their website is fascinating and proves just how hard they work to be a thriving part of their community. I’m really pleased to be able to introduce you to Five Leaves Bookshop.

When was your bookshop born and how did that come about?

Five Leaves Bookshop opened in Nottingham city centre on 9th November 2013. Five Leaves as a publisher started in 1995, and we still publish, but I always wanted to go back to my original love - bookselling. I just didn't think it would take me so long. 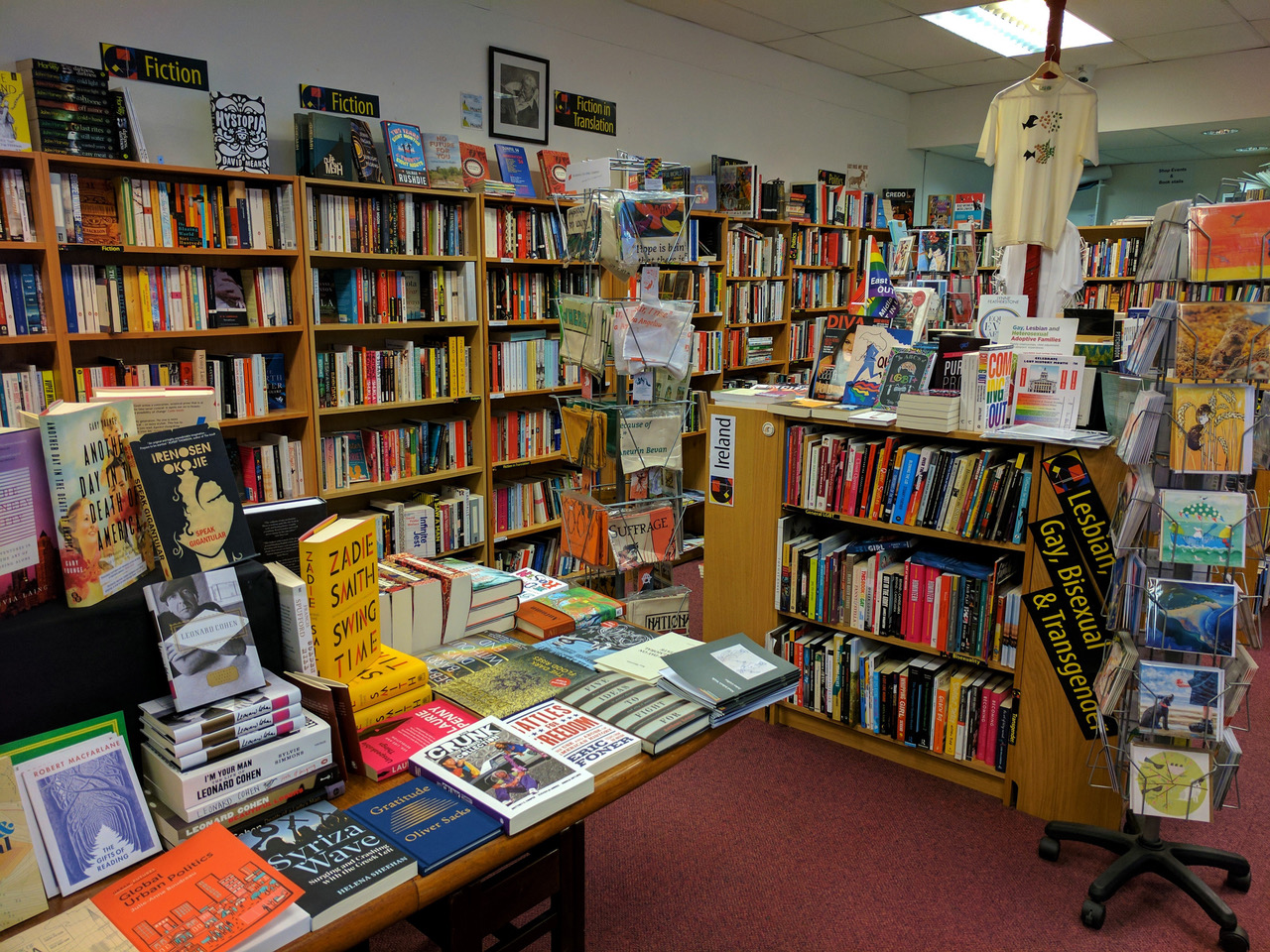 Tell us about the journey and the changes you have seen over the years.

In five years the shop has grown, in its stock and in its custom and in its staff. We opened in the year the number of independents fell below 1000 for the first time but we always had faith in independent bookselling. No regrets at all. We also organise events... we started off with three or four a month and now run about 100 a year. Talks, book launches, and occasional events just for the hell of it like our Irish Halloween night.

Describe your shop in three words.

Has the rise of digital retailers affected your bookshop, what were your first thoughts about ebooks and do you feel the same now?

Digital retailers were there when we started the shop, so that was the background noise - we didn't have to worry about them starting up. We barely give them a thought, we like the physical book and our customers do as well. 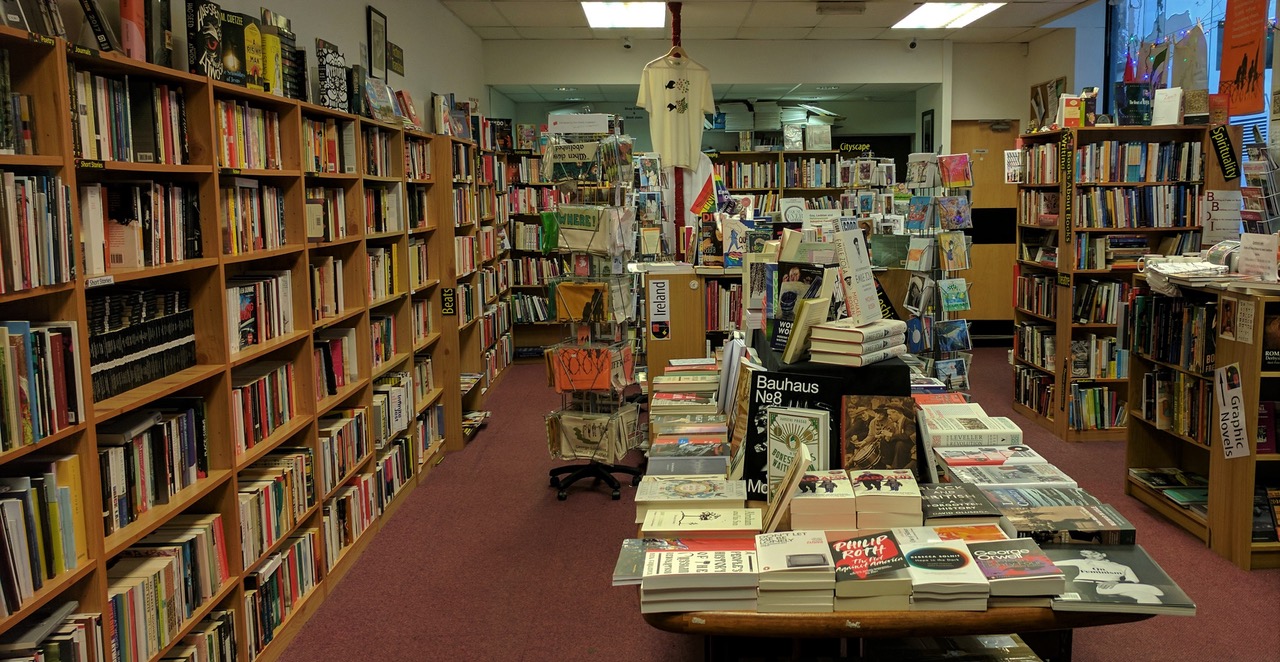 What is important in a great bookshop, tell us what sets you apart and makes you special.

Our events, which range from poetry to talks on transgender, from town planning to street choirs. All human life is here. But we also have to be an efficient full service bookshop with next day ordering. We are involved in the communities we serve, whether they be literary or political.

Tell us about the books you love to recommend.

Our first customer ever was Jon McGregor and we launched his Reservoir 13 so we do find ourselves mentioning that a few times. My personal favourite recommendation is Island, collected stories by the Canadian/Scottish writer Alistair MacLeod. In politics, it is often - after all the years since publication - Anarchy in Action by Colin Ward.

What is your favourite part of your bookshop?

Well Carl likes those intellectual Pelicans, Simon novels in translation, Jane feminism and walking, Leah poetry, Ross left wing politics and Jewish interest, Deirdre fiction by Irish writers. Pippa (our publishing worker) would like our SF section but we don't have one. All of us like the children's picture books.

There is no secret, books rock. 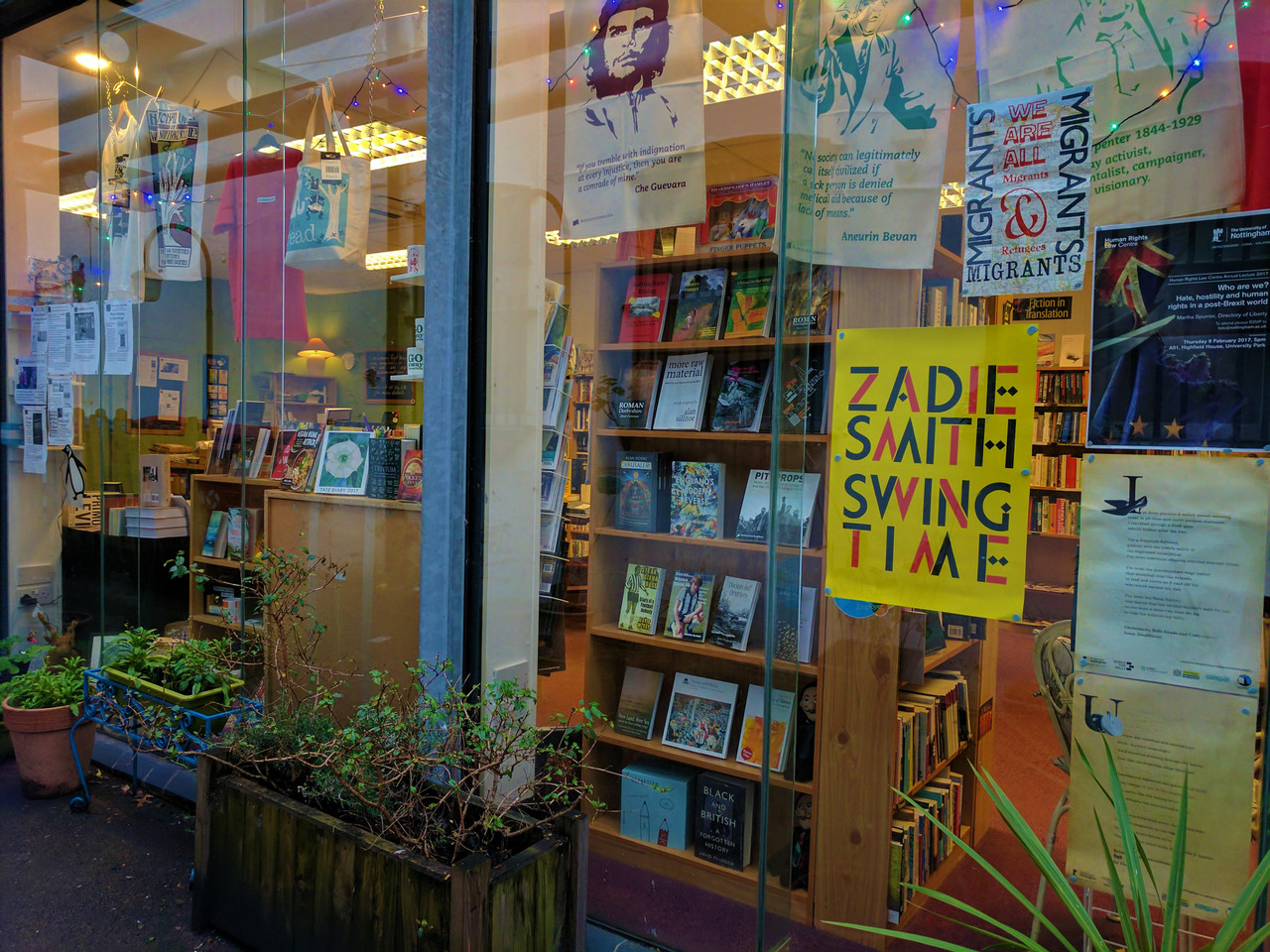 Apart from yourselves, which other bookshop(s) do you love to spend time in?

Housmans and London Review, both central London, Blackwells at the Wellcome Foundation in London and the Quaker Bookshop a few doors along on Euston Road. We are also big fans of Scarthin Bookshop in Cromford in our own region, and Lighthouse Bookshop in Edinburgh.

What else do our members need to know about you

Oh, in 2018 we were the Independent Bookshop of the Year, and in the same year we launched Feminist Book Fortnight, initially involving 50 indie bookshops. This year's FBF included two bookshops in Italy as well as shops in Ireland and Britain! 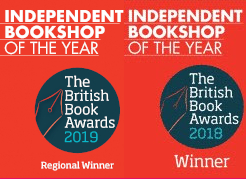 If you enjoyed this article why not check out our other Bookshop Features?