Think Wimbledon and you'll probably think of Grand Slam tennis, rain-stops-play and strawberries and cream but through this South London suburb runs a strong cultural and literary seam. Even the tennis stars benefit from a little literary inspiration with a quote from Rudyard Kipling's If written above the players' entrance to Centre Court “If you can meet with Triumph and Disaster and treat those two impostors just the same…” 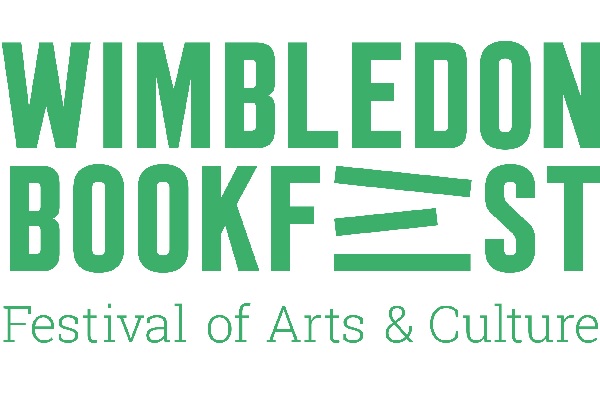 SW19 is host to the celebrated Wimbledon Bookfest held on Wimbledon Common every autumn and last year attracted an abundance of cultural and literary talent, including Joanne Harris, Ben Okri, Tracy Chevalier, Mariella Frostrup and Harry Hill. It runs a superb children's programme too, with a story-writing competition and events for local schools. This year the festival was forced online with a reduced programme but still attracted a impressive line-up including David Nicholls, Jeremy Vine with comedy from local resident Andy Hamilton.

Wimbledon boasts three theatres; The New Wimbledon Theatre which normally has a steady stream of West End plays, musicals and is home to the UK's best Panto, oh yes it is. Attached is The Studio, a smaller black box theatre showcasing new writers, comedians and production companies and there is the much-loved Polka Children's Theatre, which is a local institution, a source of creative play and workshops, puppetry and plays. For now, these special places are quiet but the residents of Wimbledon are patiently waiting to take their seats again.

Wimbledon also has more than its fair share of authors. Robert Graves, poet and novelist, was born and schooled in SW19. Michelle Paver, author of Wolf Brother and numerous other wonderful children's adventures, moved to Wimbledon as a child and creator of The Snowman and Fungus the Bogeyman, Raymond Briggs was born in Wimbledon (you might have seen the animation of Ethel and Ernest, his biography of his parents and their life in Wimbledon Park). And the area has influenced many other writers from Edna O'Brien to KM Peyton to the Wimbledon Poisoner, Nigel Williams. And of course Wimbledon Common is home to Elisabeth Beresford's elusive eco-warriors, The Wombles, with a recycling message far ahead of its time.

Nestled between the boutiques and salons of Wimbledon Village you will find Wimbledon Books, an independent bookshop run by booklovers, Philip, Ros, Barbara, Abena and Lucy. It boasts an impressive children's section, which normally hosts weekly storytelling sessions, and stocks a wide range of fiction, non-fiction and text books. The shop offers an excellent book ordering service (I can testify to the 24 hour turnaround) and the staff are knowledgeable, widely read and enthusiastic. 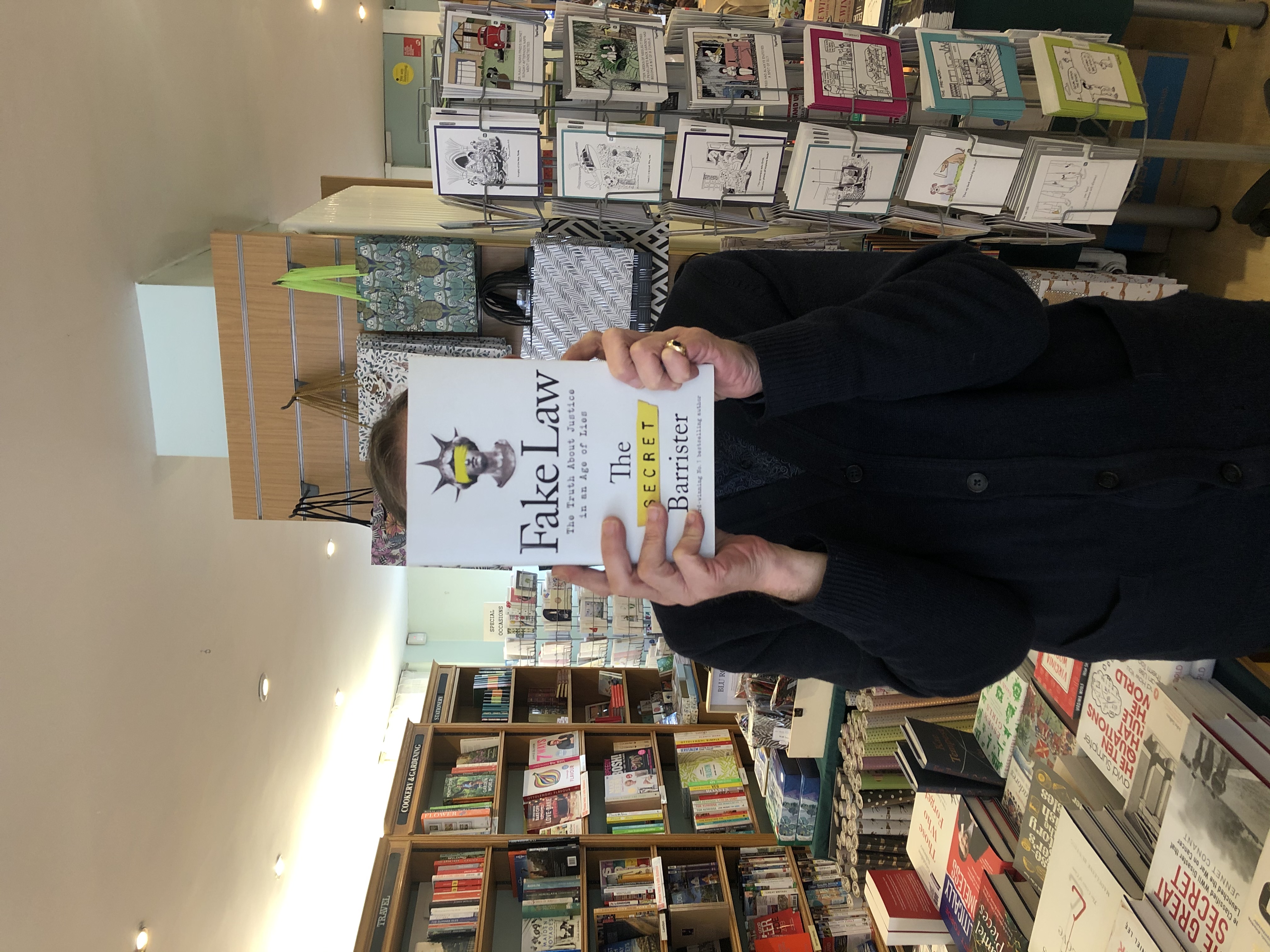 I persuaded manager Philip Hunter, who shuns the limelight, to answer a few questions...

•  When was your bookshop born and how did that come about?

We've been in our current location for 15 years and I have been here for the past 12. The shop was initially situated down in Wimbledon town but the then owners were invited to come up into the village by Professor Brian Spalding who had a vacant shop unit below his offices. This generosity enabled the business to grow considerably and the local population have been fantastically supportive.

•  Tell us about the journey and the changes you have seen over the years.

Having been a Bookseller for over 30 years the changes I have witnessed are numerous and far-reaching. From the introduction of EPoS systems which revolutionised book retail enabling for tighter control and analytical tools, through the demise of the Net Book Agreement and onto web-based applications it has been a revolution. Not all has been positive, especially the end of artificial price maintenance which sounded the death knell for so many independent bookshops, and obviously the retail dominance of Mr Bezos' emporium.

The consolidation of independent publishers under the umbrella of larger publishing groups has been both good and bad; some wonderful smaller presses have now lost their identities whilst other important lists were saved from oblivion. 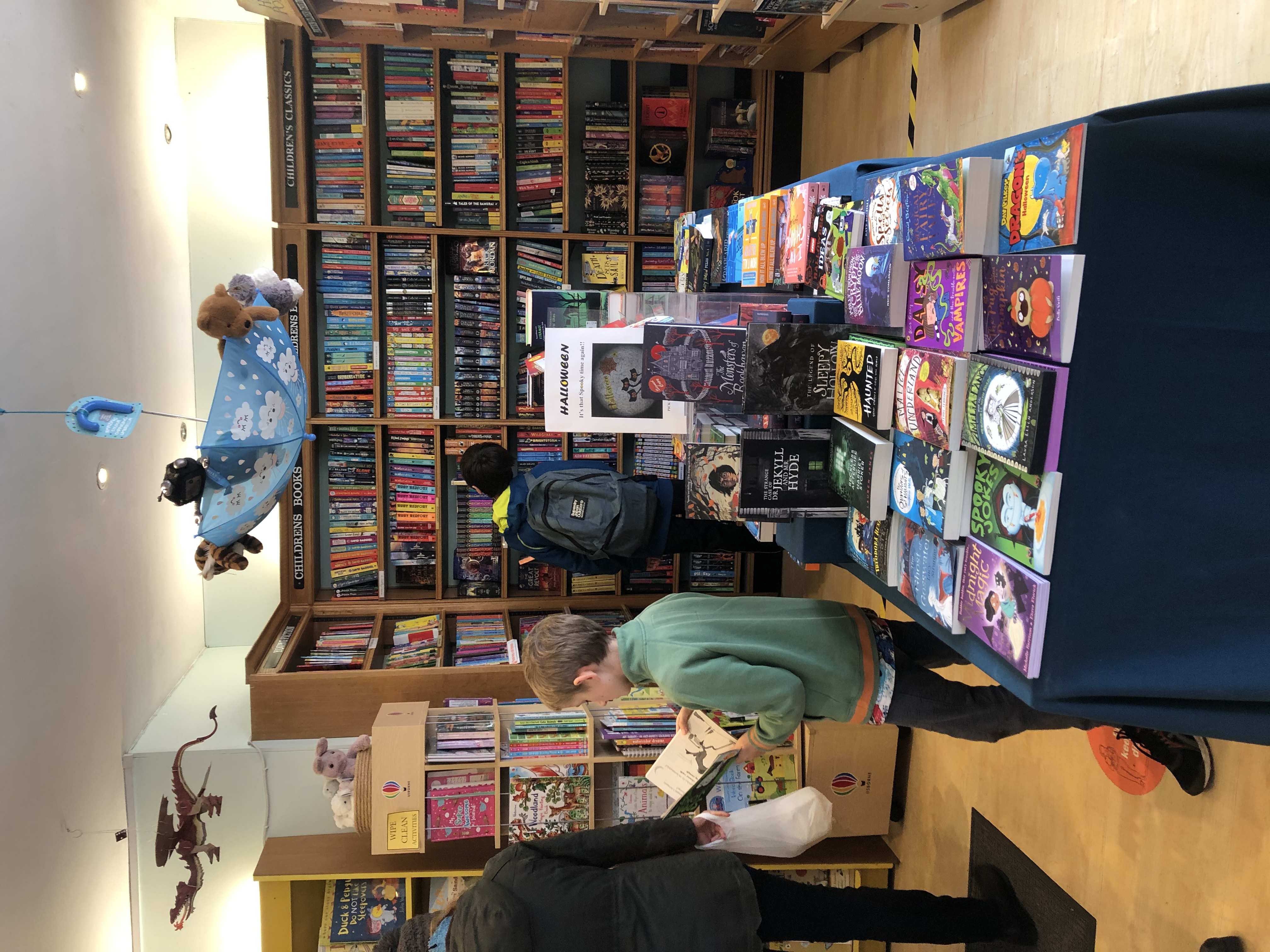 •  Describe your shop in three words.

•  Has the rise of digital retailers affected your bookshop, what were your first thoughts about ebooks and do you feel the same now?

Like all independents, we are unable to compete with digital retailers on price, but the advice we give is so superior to that of an algorithm. I expected e-books negatively to impact on backlist fiction, but this has not been the case.

•  What is important in a great bookshop, tell us what sets you apart and makes you special.

What sets a great bookshop apart from a good bookshop is the curation of the stock profile and knowledgeable staff who read widely and offer good but honest advice.  If we read something and think it is rubbish we say so! 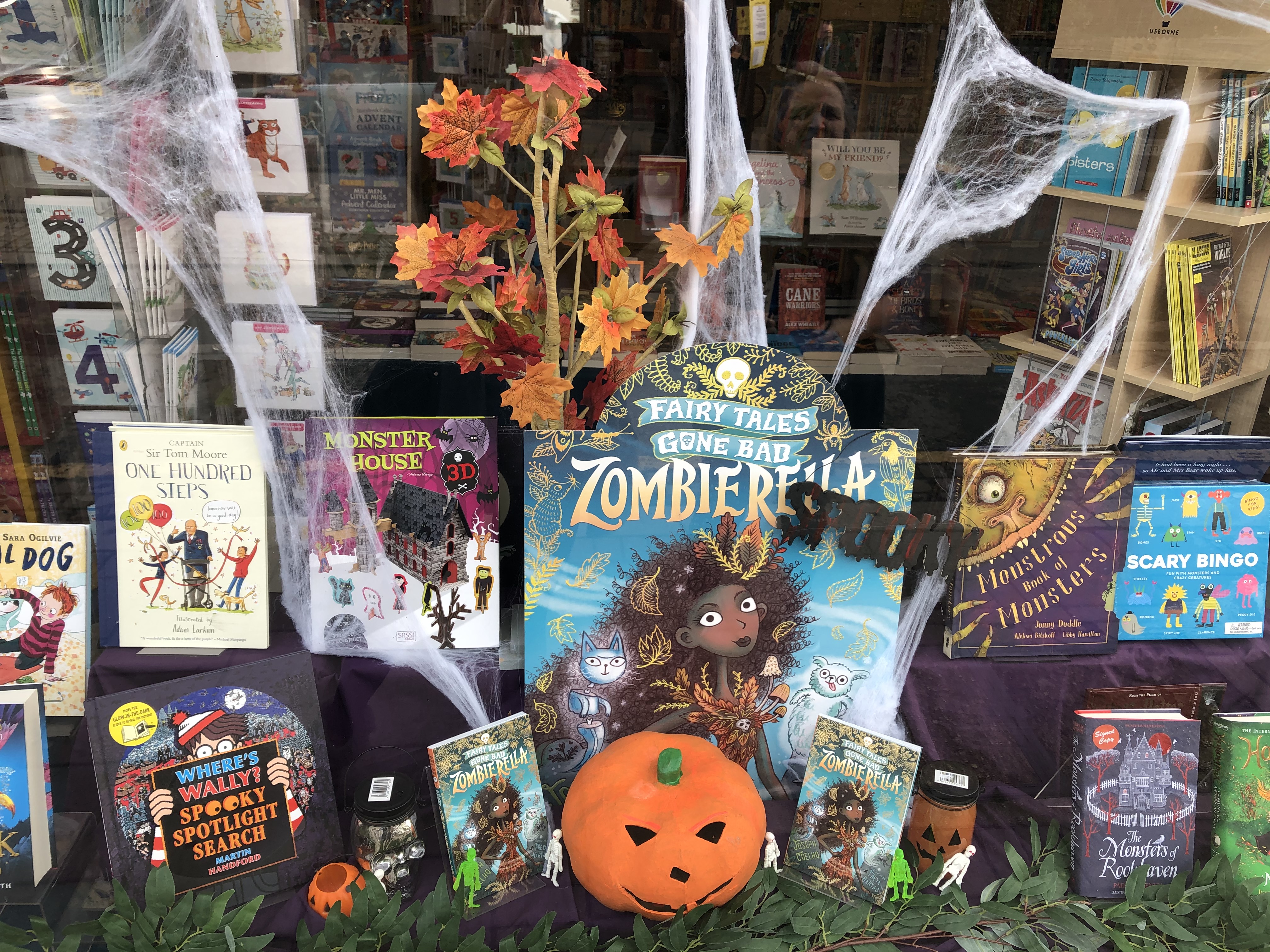 •  Tell us about the books you love to recommend.

Personally anything I have read and enjoyed, with an especial emphasis on fiction in translation.  We have a wonderful Children's Manager here who reads most of the new children's books and gives marvellous advice.

•  What is your favourite part of your bookshop?

My favourite part is not a physical space but the interaction with customers who use Amazon for reverse show-casing.

•  Tell us a secret about books.

Remember what the dormouse said ... "feed your head".

•  Apart from yourselves, which other bookshop(s) do you love to spend time in?

I tend to avoid other bookshops as I soon find myself tidying their tables and turning spine-on groupings face out.

•  What else do our members need to know about you

ps...a virtual fist bump if you can spot the song lyrics Philip sneaked into his answers! 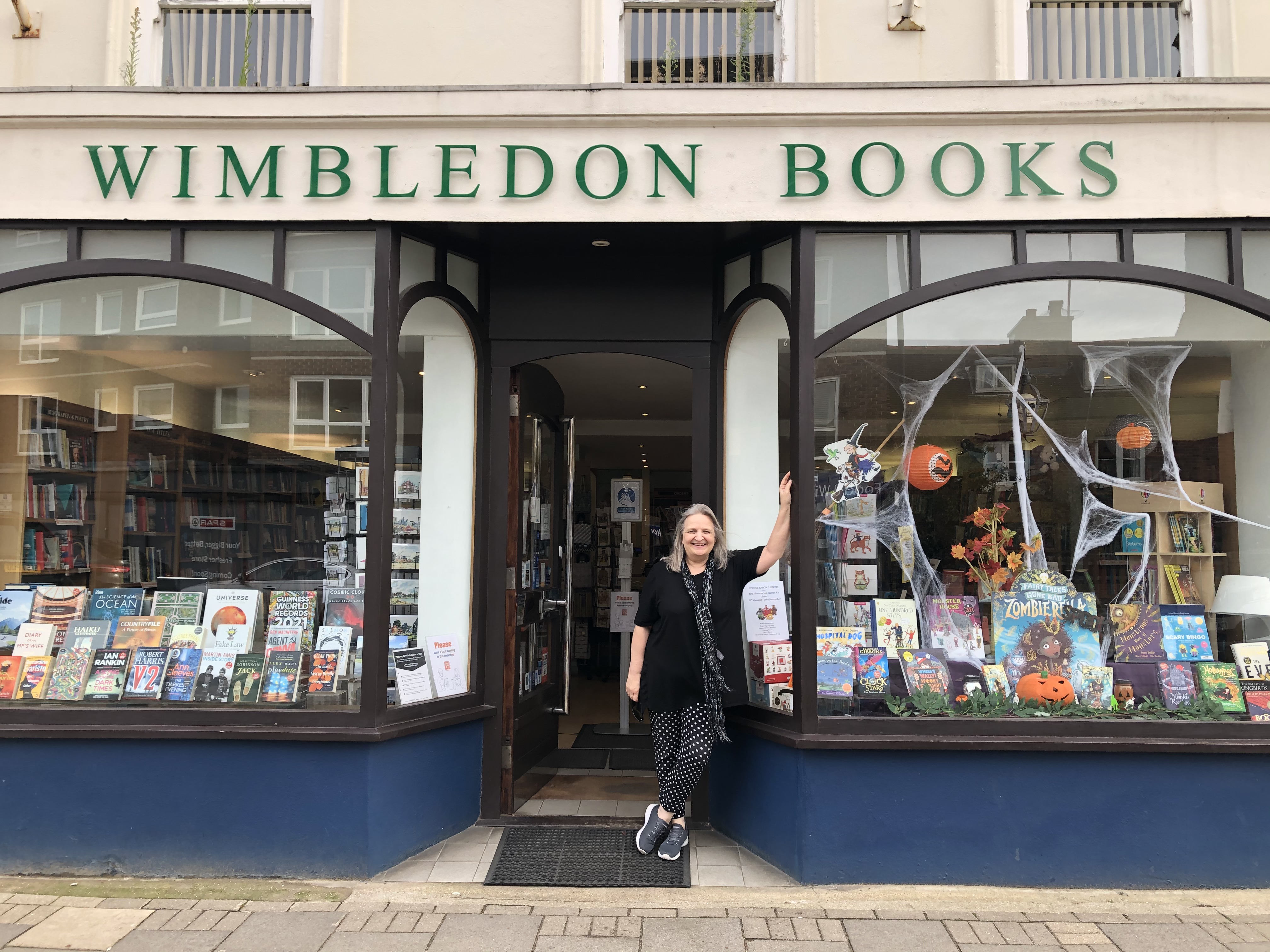 If you enjoyed this, click here to read more of our Bookshop of the Month features.