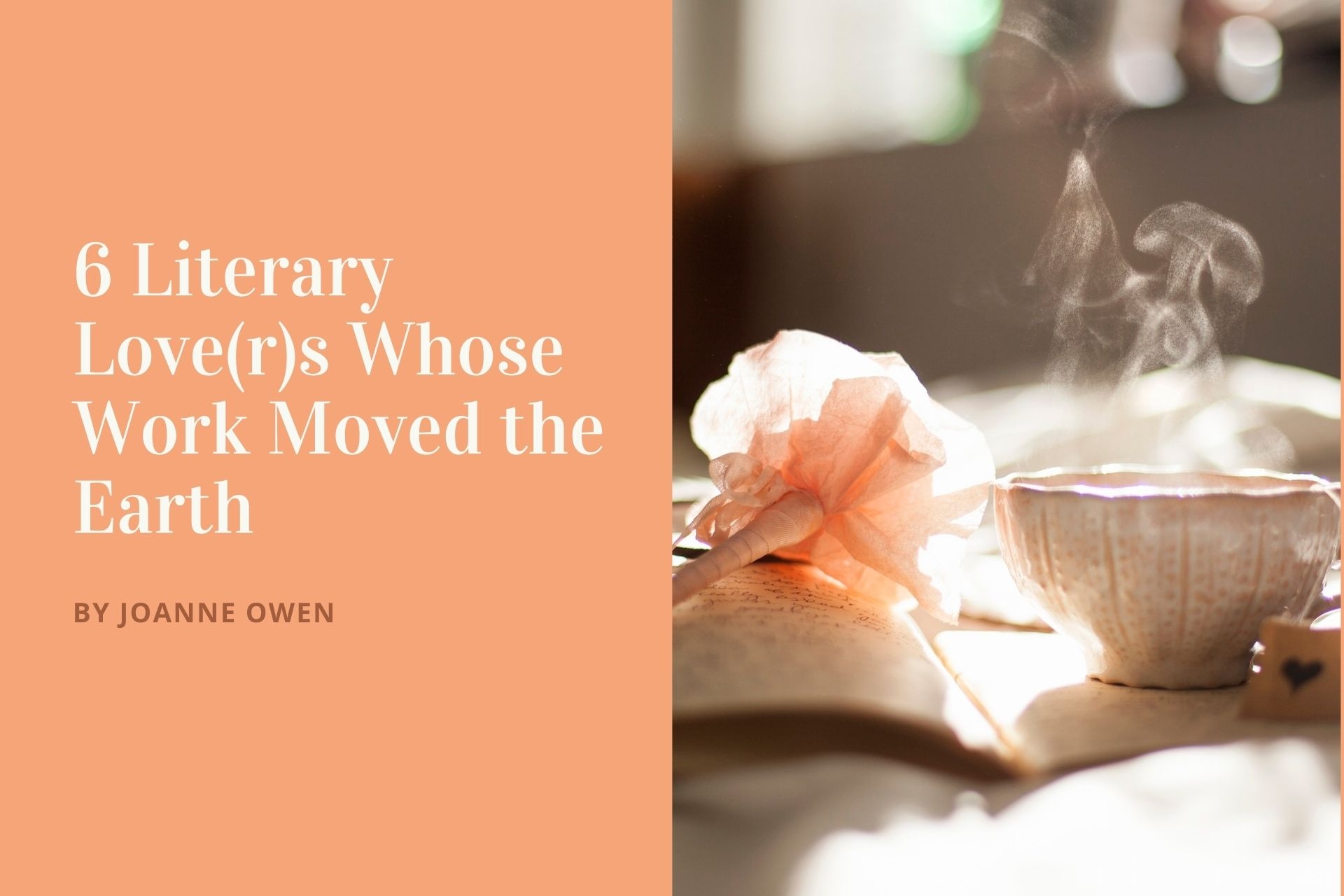 A writer’s life can be pretty turbulent - both for the writer, and for their nearest and dearest. Their relationship with writing can be every bit as consuming as an amorous connection, their work-in-progress occasionally the literary equivalent of a needy other half. So, it’s perhaps little wonder that many remarkable writers have coupled-up - who better to understand a writer’s highs, lows, ebbs and flows than another writer?

That said, the love stories of the writer couples profiled below are far from serene (and very far from conventional). But you can bet your bottom dollar that being a fly on the wall chez any of these creative couples would have made for a fascinating experience. What’s more, in some cases their love was the source of their finest endeavours - work with the power to move the earth. Talking of which, one half of our first Literary Loves coined that very phrase…

Both trailblazing free spirits who did things their own way, Martha Gellhorn and Ernest Hemingway met in Florida in 1936. Despite Hemingway still being married to his second wife, it wasn’t long before they travelled to Spain together, where Gellhorn was due to report on the Spanish Civil War (she was already making a name for herself as a ground-breaking journalist). In Spain, Hemingway also covered the war before moving to Cuba in early 1939. Martha joined him soon after and they were married in 1940, but storms were already a-brewing…

Hemingway struggled with Gellhorn’s long absences on assignments, and she didn’t understand why he hadn’t joined her in Europe to cover the war himself. While Gellhorn was reporting on the Nazi occupation of the Sudetenland, the Normandy D-Day landings, and the liberation of Dachau concentration camp, with no intention of being “a footnote in someone else's life”, Hemmingway wrote For Whom the Bell Tolls in their Finca Vigía villa, ten miles east of Havana. Sparked by events witnessed during their time in Spain, the novel was published in 1940, dedicated to Martha and features the now-familiar “earth moved” sex epithet (in the novel, Jordan “felt the earth move out and away from under them” during an al fresco liaison with Maria). It wasn’t long before the earth moved from under Martha and Ernest in a different sense and they separated, though their flame was briefly reignited in Paris in 1944 before their eventual divorce in 1945. They burned fast, but bright, and the period they were together proved seminal for both their futures.

“The same thing which makes Henry indestructible is what makes me indestructible: It is that at the core of us is a writer, not a human being.” This quote from Anaïs Nin’s A Literate Passion perfectly expresses the basis of the deep, decades-long bond between her and Miller. At their very cores, they were writers. First and foremost, through and through. Though that’s not to say they spent all their time together discussing writing. Alongside their shared intellect, they shared a passionate, carnal coupling - not surprising given that they both had a flair for writing erotic fiction, such as Nin’s Delta of Venus and Miller’s Tropic of Cancer.

Nin and Miller first met in 1931, and the attraction was instant. The fact they were both married didn’t stop them from starting a relationship, and so began an intense liaison (in person and through letters) that lasted almost twenty years. During this time, Anaïs had a relationship with Henry’s wife, the subject of the 1990 film Henry and June. One might say Nin lived the kinds of experiences she describes with such elegant flamboyance in her erotic fiction, which she and Miller initially started writing to earn money during tough times in the forties. Related to money, it was Nin who financed the first printing of Miller’s books, along with covering his rent for almost a decade. As is often the case, money and love don’t make the best bedfellows, and it certainly seems to have soured the Nin-Miller coupling. While their love and lives went in different directions, the power of their bond - and the literature it resulted in - cannot be denied. It’s also interesting to note that Nin’s future lovers included a string of writers, among them John Steinbeck, Antonin Artaud, Gore Vidal and Lawrence Durrell.

With de Beauvoir regarded as the mother of modern feminism, and Sartre as the father of Existentialism, it’s no surprise they made a distinct union. After reading philosophy at the prestigious Sorbonne, de Beauvoir met Sartre in 1929, when they were both studying for the highly competitive agrégation in philosophy. At just twenty-one, she was the youngest student to pass the exam, narrowly ranked second to Sartre’s first. They became a couple in October 1929, disregarding de Beauvoir’s father’s suggestion they marry in favour of forming a “soul partnership” - a lifelong intellectual and sexual relationship that defied conventions of their day. They influenced each other’s writing (Sartre said she “filtered” his work), and they travelled together, partied together, had sex together. But theirs was an open relationship, and they both had affairs through their 51-year life partnership.

De Beauvoir’s affairs tended to be scrutinised far more than Sartre’s, partly due to sexism, and not least when she was accused of seducing a young female student. For an enthralling account of de Beauvoir’s relationship with a charismatic American writer, read Douglas Cowie’s recently published novel Noon in Paris, Eight in Chicago, but arguably the couple’s most significant other was Olga Kosakiewicz, a student of Simone’s in the early 1930s. When Olga rebuffed the smitten Sartre, he took up with her sister. De Beauvoir explores this strained situation in She Came to Stay, where she amalgamates the sisters into a single character. Though brutally autobiographical and said to have been written as an act of revenge (Sartre’s infatuation with Olga almost broke her), this remarkable book rivals Sartre’s Nausea as an existential novel par excellence, exploring as it does notions of free will and personal responsibility.

The de Beauvoir-Sartre powerhouse remained as close in death as it was in life. Perhaps closer, even, for while they never lived never under the same roof, they share a resting place in Paris’s Montparnasse cemetery.