5 Fabulous Literary Locations in London – Perfect Places for Book-lovers to Bliss out in This Summer. 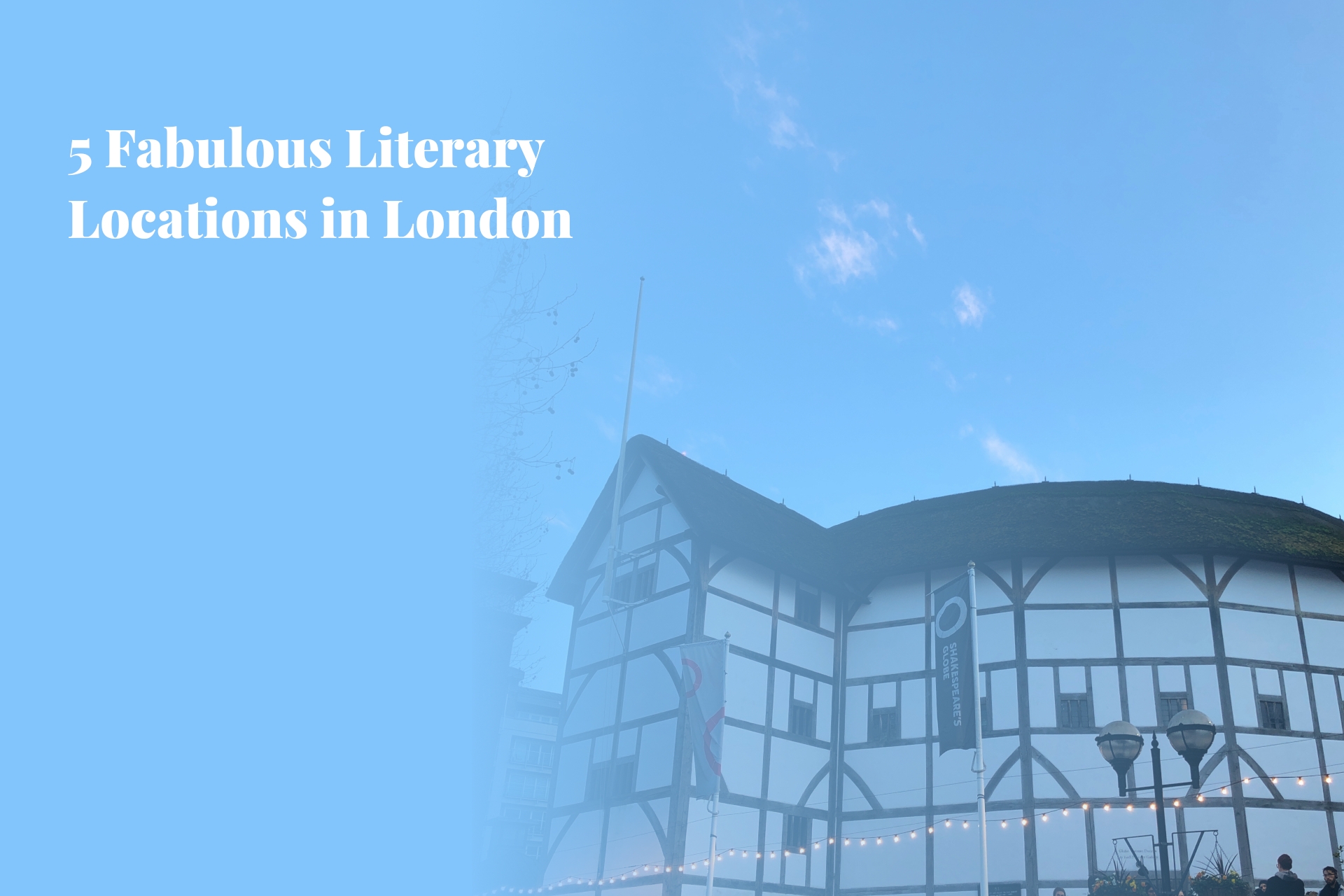 After sharing ideas for where to enjoy brilliant bookish days out in England and Wales, and top literary trips in Scotland and Ireland, we now turn our attention to capital ideas for places that’ll inspire book-lovers visiting London.

From pubs, to parks, to places of worship, read our run-down of 5 fabulous literary locations in London that are well-placed to add more than a dash of bookish flair to your exploration of the city.

Bibliophiles would do well to set aside a few hours to explore London’s Bloomsbury area, keeping an eye out for all those blue plaques. 46 Gordon Square, for example, was where the ground-breaking Bloomsbury Group first met, counting Virginia Woolf, EM Forster and economist John Maynard Keynes among its illustrious members.

Virginia’s sister, painter and designer Vanessa Bell, lived at numbers 37 and 50 Gordon Square, while Virginia and her husband Leonard lived at 52 Tavistock Square. Though their home no longer exists (it was bombed in 1940 and the Tavistock Hotel now sits on the site), there’s a memorial bust of Virginia in the square.

In addition, the British Museum, former home of the British Library, is nearby, and W.B. Yeats, Charles Dickens, and Bram Stoker all lived in the area. Elsewhere, you can see where T.S. Eliot once worked at the Faber & Faber offices, and spot Mary and Percy Bysshe Shelley’s former home on 87 Marchmont Street.

Bloomsbury also boasts an abundance of bookshops, and glorious green spaces and cafés in which to enjoy them.

Just a short walk from London Bridge, Borough Market and the Shard, Southwark’s historic former coaching tavern, The George Inn, was all but obliterated by the Great Fire of London in 1666 and rebuilt in the 1670s. With an atmospheric, higgledy-piggledy interior to get lost in on the way to the loo, its cobbled courtyard is the perfect place to enjoy an alfresco pint or glass of Prosecco while enjoying a good book.

As for the pub’s literary connections, The George Inn was frequented by Charles Dickens, and even gets a mention in Little Dorrit, while Shakespeare is said to have visited it, too, what with it being pretty close to The Globe theatre. Talking of which…

There’s no question that the Globe Theatre is one of London's most iconic buildings. Though the construction you can see today on the banks of the River Thames only opened in 1997, it was meticulously re-modelled on the original building that stood around 230m from this modern reincarnation.

For an immersive experience, watch a play from the standing-room pit right in front of the stage, or take a tour. Alternatively, simply stroll along the river from London Bridge to appreciate The Globe’s glory from the riverside.

Another London icon, Westminster Abbey’s Poet’s Corner is a place of pilgrimage for literature lovers, with more than 100 esteemed poets and writers either buried here, or honoured through memorials.

It all began with Chaucer, who was the first poet to be buried here back in 1400. Interestingly, though, it wasn’t Chaucer’s writing that earned him his spot. Rather, it came as a result of him being Clerk of the King’s Works. Chaucer was later joined by Charles Dickens, Thomas Hardy, Rudyard Kipling, Laurence Olivier, Edmund Spenser, and Alfred Tennyson. Other notables include Ted Hughes, Philip Larkin, and CS Lewis.

Located on the edge of leafy Hampstead Heath, it was in the Keats House Regency villa (formerly Wentworth Place) that Romantic poet John Keats finished his narrative poem The Eve of St Agnes, and wrote his great odes of spring, including ‘Ode to a Nightingale’.

Today, the Keats Museum is housed in the adjacent coach house and displays an intriguing collection of Keats' letters, and a copy of the poet's death mask. For literature lovers, it’s the perfect place to visit on a summer’s day. After exploring the museum, wander the heath for the ultimate romantic London experience. Pack a picnic and book, pick a shady spot, and hey presto – you’re set for a glorious afternoon.